Back to All Biographies
Novel Writing

Helen Oyeyemi (born 10 December 1984) is a British-Nigerian novelist and writer of short stories. She started writing while still a college student, and her plays “Juniper’s Whitening” and “Victimese” were performed by fellow students and later published by Methuen in 2014. In 2007, Bloomsbury published Helen’s second novel, The Opposite House. Helen was born on December 10th, 1984 in Ibadan, Oyo State, Nigeria before moving to Lewisham, South London at the age of four, where she was raised. She had her primary and secondary school education in London, where she had her A-levels at Cardinal Vaughan Memorial School before moving on to study social and political sciences at Corpus Christi College, Cambridge University, London.

Her pieces Juniper’s Whitening and Victimese were performed by other students when she was in college and eventually released by Methuen in 2014. Oyeyemi’s second book, The Opposite House, was released by Bloomsbury in 2007 and was influenced by Cuban folklore. Her third book, White Is for Witching, was released by Picador in May 2009 and was a nominee for the 2009 Shirley Jackson Award and the 2010 Somerset Maugham Award. Oyeyemi was named one of the “25 under 25″ ladies by Venus Zine in 2009.

In June 2011, Picador published her fourth book, Mr Fox, and in 2013, she was named to the Granta Best of Young British Novelists list. Boy, Snow, Bird, her fifth book, was released by Picador in 2014.

Oyeyemi served as a judge for the 2018 International Booker Prize. A book titled “Gingerbread” was released on March 5th, 2019. A novel titled Peaces was released on April 1st, 2021.

There is no information about her private life in public. She has always kept a low profile, with no recognisable social media handles.

Her current estimated net worth is unavailable.

Her social media handles are unavailable. 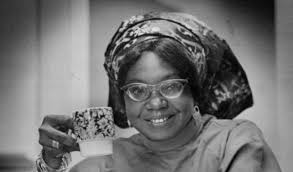