Interesting Historical Places You Should Visit In Ibadan

A time comes in your life when you start seeking for places of enumerable pleasure to spend your time, the ancient city of Ibadan is one of the best cities in Nigeria which is filled with various sites where you can simply have fun to the fullest as you might wish.

The city of Ibadan is among the largest city in Nigeria and sub-Saharan Africa. In Nigeria, it is the third-largest city by population in Nigeria after Lagos and Kano, with a total population of 3,649,000 as of 2021, and over 6 million people within its metropolitan area. It is the country’s largest city by geographical area. At the time of Nigeria’s independence in 1960, Ibadan was the largest and most populous city in the country and the second most populous in Africa behind Cairo.

Ibadan is located in southwestern Nigeria, 128 kilometers (80 mi) inland northeast of Lagos and 530 kilometers (330 mi) southwest of Abuja, the federal capital. It is a prominent trans point between the coastal region and areas in the hinterland of the country. Ibadan had been the administrative center of the old Western Region since the early days of British colonial rule, and parts of the city’s ancient protective walls still stand to this day. The principal inhabitants of the city are the Yoruba, as well as various communities (notably Igbo, Hausa, and Efik) from other parts of the country.

If you are visiting Ibadan anytime soon, the few listed places are some highly recommended places I will like you to reach.

2. Irefin Palace, Ibadan: If you want to have an insight into the historical life of communalism that prevailed in the 19th century, then a visit to Irefin Palace is a must. Built over 200 years ago, the palace is one of the surviving ancient palaces in Ibadan. It was constructed in the traditional way of using mud and has about one hundred and eighty-five rooms. People still live there to this day. You can take numerous selfies and share with your friends and families the levels of metamorphosis that Nigeria has gone through.

3. The University of Ibadan zoo is also highly recommended, it is located in the Department of Zoology. The zoo ranks among the best in Nigeria. The zoo has a healthy number of animals, ranging from monkeys, snakes, birds, and lions to other animals. The zoo was recently upgraded to a world-class zoo. Fun activities there are; sightseeing, hiking, and taking lovely selfies with the animals. The gate pass to access the zoo is just 200 Naira which is pocket friendly. The zoo is always open to everybody. A tourist visit to the zoo on one of those rare days out with your loved ones would create a nice memory for everyone, from the youngest member of the family to the old.

4. International Institute of Tropical Agriculture (IITA): The IITA Forest Reserve is between Ojoo and Moniya town, Ibadan. The forest covers 350 hectares of land, over 200 species of birds, and over 220 species of butterflies live there. The reserve has natural landscaping features like wetlands, farmlands, a reservoir, eight lakes, ponds with highly diversified and rich exotic plants. The forest also has 440 plants that are used for therapeutic purposes. The reserve is a rainforest that promises to spur guests’ interest in sports. Interesting sporting activities there are; badminton court, swimming, 9-hole golf course, football and lawn tennis among others. You can have an awesome experience from wild to warm.

5. Mapo Hall is a colonial-styled building right beside Bere Market in Ibadan. Tourists will be taken aback by the unique pillars of the building and the general structure. This building was built on October 5, 1929. It is notable as a centre for social events in Ibadan. The Hall is located at the top of Mapo hill in Ibadan, Nigeria.

6. Bower’s Tower is 60 feet high and 11 feet square with two entrances and about 47 spiral staircases that lead to the top of the tower. Bower’s Tower can be seen at the top of Oke-Are in Igbo Agala (Agala Forest). The historic monument was put up in honor of Captain Robert Lister Bower in 1936, the first British Resident in Ibadan. Visiting the tower attracts an entry fee of 200 Naira. Standing at the top of the tower gives a wide range of views of places in the ancient city. Bower Tower is the highest hilltop in Ibadan city. 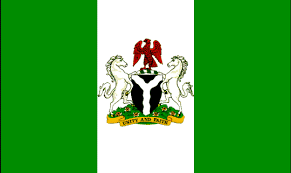 How The States In Nigeria Got Their Names 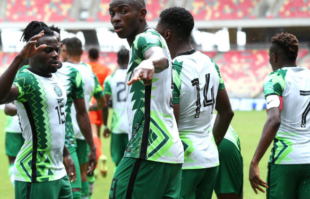 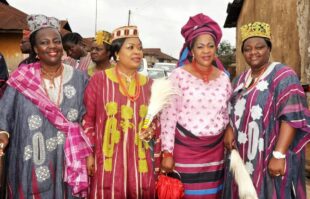 10 Interesting Facts About The Yoruba People Of Nigeria 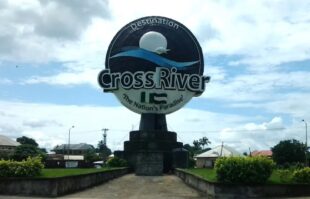