Back to All Biographies
Government philanthropy Politics

Ibikunle Amosun is a Chartered accountant by profession, a Nigerian politician, former governor of Ogun State and a two-term senator of the Federal Republic of Nigeria. Senator Ibikunle Amosun is a presidential aspirant under the All Progressive Congress Political Party (APC). He is fondly called SIA. 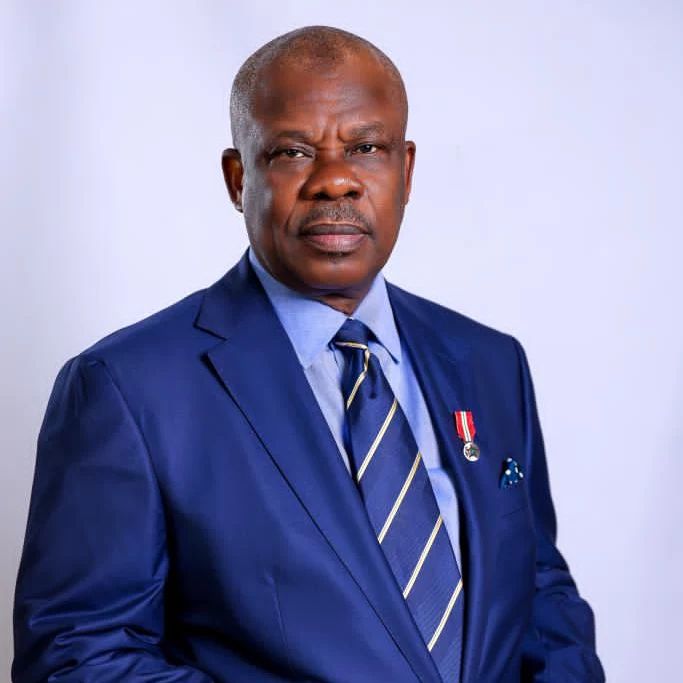 Masters of Art in International Finance.

Amosun was born on 25 January 1958, he attended primary school at African Church Primary School in Abeokuta (1965–1970), and then African Church Grammar school, Abeokuta (1971–1977). He then went to Ogun State Polytechnic, graduating with a Higher National Diploma (HND) in 1983.

In the year 2007, he contested for governorship but was unsuccessful. He joined the race again in the year 2011 and was elected under the platform of the Action Congress of Nigeria (ACN) with Bola Tinubu as the national leader of the party. On 29 May 2011, Senator Amosun was sworn in as the fourth elected Governor of Ogun State. He was re-elected for a second term during the 2015 gubernatorial election where he chose, Yetunde Onanuga, as his running mate, who had been working in the Lagos State Ministry of Environment over three other possible candidates. He handed over to Dapo Abiodun in 2019 as the governor of the state.

Senator Amosun believes in social development through philanthropy. He instituted a scholarship scheme in 1986 several years before venturing into politics, which he later institutionalized by setting up the Senator Ibikunle Amosun Scholarship Foundation (SIASF) on Thursday, 7 July 2005. He has awarded scholarships to over 1,000 students of Ogun State origin, in various institutions of higher learning.

On 24 June 2019 Premium Times reported in an exclusive story that Ibikunle Amosun illegally purchased and imported four million rounds of ammunition, 1,000 units of AK47 assault rifles, 1,000 units of bulletproof vests and an armoured personnel carrier (APC) into Nigeria as the Governor of Ogun State without obtaining necessary approvals from the Office of the National Security Adviser and in violation of the Nigeria Firearms Act. The report generated a strong reaction from Nigerians with civil society organisations, citizens across the country and the Ogun State chapter of his political party calling for his immediate arrest.

In a reaction to the report, Ibikunle Amosun stated that he got the necessary approval for the arms and ammunitions he imported as well as the end-user certificate from the office of the National Security Adviser, stating that it is a common practice by Governors in Nigeria to have an armoury. In a swift response, twenty State Governors in Nigeria denied having an armoury in the Government Office or House.

In another reaction to the claim of Ibikunle Amosun, the Nigerian Government via the Budget Office of the Federation stated that Amosun only got approval for the importation of Armoured Personnel Carrier and not that of AK-47 rifles and ammunition. In another exclusive report by Premium Times, showing documents from the offices of the National Security Adviser, the Nigeria Customs Service, Federal Ministry of Finance and Ogun State Government, Premium Times reported that Ibikunle Amosun did not get approval for the ammunitions and weapons he brought into Nigeria.

Ibikunle Amosun through his various philanthropic acts has instituted subsisting empowerment initiatives for trade groups, artisans, communities, women and other vulnerable groups in the society.

He has been recognized by various organisations and institutions for his contributions to the growth and development of Ogun state. Some of the awards he has received are:

His net worth is not known at the time of writing this report.

Masters of Art in International Finance.