In this post, I will share with you Leonard Babarinde Akinola Dasilva’s biography, early life, early career, personal life, net worth, and some other things you probably didn’t know about him. Let’s start with his early life. 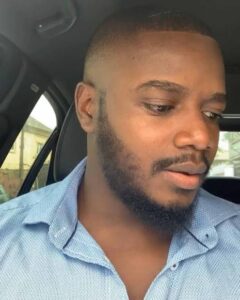 Born and raised in Surulere, Lagos State, a state in the South-Western part of Nigeria, Leo is originally from Lagos Island. He’s a Yoruba by ethnicity/tribe, a Southerner by region, a Nigerian by nationality, and a Christian by religion.

For his education, Leonard attended Pampers private school, Surulere for his elementary education and Christ the King International School, and Rainbow college for his secondary education.

Upon graduation, he proceeded to the prestigious University of Hertfordshire, wherein he studied and bagged a Bachelor’s of Science Degree in Electronics and Communication Engineering.

Before graduating from the University in 2013, Leo launched his first company “SODZ” entertainment in England on May 20th, 2010. This company is a London-based entertainment company, however, it was later expanded to the United States.

Before becoming one of the housemates of the season 3 Double Wahala edition of the popular Nigerian reality TV show, Big Brother Naija, Leonard Babarinde Akinola Dasilva has been doing just well for himself.

In 2015, Leo moved to Nigeria and established ‘Big Figure Small World Limited,’ a Nigerian-based company he’s the founder and CEO of. Certainly, Leonard is doing well for himself, and we at Naija Biography, love to see.

While Leonard Babarinde Akinola Dasilva enjoys playing basketball as a hobby, he dislikes quite a couple of things.

Net Worth of Leo

Altogether, Leonard Babarinde Akinola Dasilva’s net worth is estimated to be between $400,000 thousand and $600,000 thousand. He earns his net worth from his career as an entrepreneur and reality TV star.

What else do you want to know about Leo? Tell me about it with a comment box.