Back to All Biographies
Acting Comedy Entrepreneur

Mercy Mmesoma Obi Nnadi popularly known as Ada Jesus was a Nigerian actress and comedienne who discovered herself at a very young age, she was famous for her funny Instagram and YouTube posts which were always trending until she died of cardiac arrest. 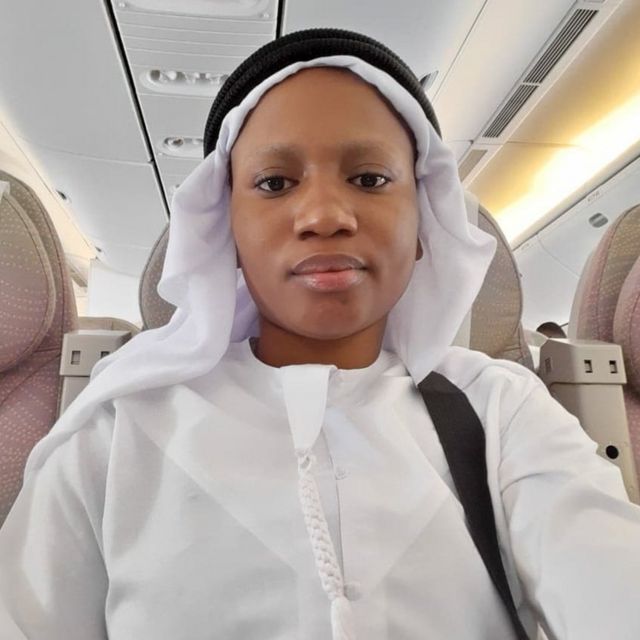 Mercy was born on 19 April 1998, she had her primary and secondary education in Imo State, where she was born and bred. She proceeded to pursue her first degree. She eventually graduated from Imo State University, Owerri. She died on 21 April 2021 (aged 23).

Ada Jesus started modeling and attending auditions for movies and TV serials after she graduated from the university. She also worked as a housekeeper for a retired pilot. Before starting her career as a stand-up comedienne where she performed at events and shows. Ada Jesus became popular when she started posting comedy skits in the Igbo language on social media in 2018. She gained thousands of followers on social media platforms like Instagram, YouTube, and most especially on Facebook where she dominated and was very popular.

She was also known for her controversial comedy and opinion regarding religion and politics, she also featured and worked with other Nigerian comedians such as Kinemaster, etc.

Ada Jesus was the third child in her family. She married Kingsley Nnadi on 5 April 2019 and gave birth to a daughter on 6 December 2019. She often describes herself as a single mother who got separated from her husband Kingsley Chuks.

In December 2020, Ada Jesus was diagnosed with kidney disease which left her paralyzed and using a wheelchair, causing her body to swell, especially her face and stomach. She was later admitted to New Hope Hospital, Onitsha, Anambra State. In April 2021, when her health deteriorated further, she went to ask for forgiveness from pastor Odumeje, the founder of Mountain of Holy Ghost Intervention and Deliverance Ministry, actress Rita Edochie and an Asaba-based native doctor, Chi Marine Temple. Ada Jesus accused Pastor Odumeje of conniving with Rita Edochie to stage fake miracles and deceive people in his church. She also claimed she arranged people for fake miracles in the church and helped Rita Edochie get men to sleep with her. She went further and attacked Chi Marine Temple whom she mocked and called a fake native doctor.

Chi Marine Temple forgave her when she visited him, but Odumeje and Rita Edochie refused to forgive her and instead cursed her and said her generations will suffer for the insults and lies against him. Odumeje told her to provide evidence to back her claims, adding that nobody speaks against him and goes scot-free, while Rita Edochie said she will not recover from the ailment. On 11 April 2021, she forgave her. On 14 April 2021, aided by human rights activist Harrison Gwamnishu, she was moved from New Hope Hospital, Onitsha, Anambra State to Zenith Medical & Kidney Centre, Abuja, Nigeria where her health improved and she was able to do certain things she couldn’t do before. On 17 April 2021, Odumeje forgave her and donated ₦1 million for her treatment which Ada Jesus’s mother openly rejected.

On 20 April 2021, she suffered a Cardiac arrest in the night and was rushed to the intensive care unit of Zenith Medical & Kidney Centre where the doctors monitored her, she died the following morning at approximately 7:15 am.

She is known as an entrepreneur who makes a lot of money from her comedy and acting career, but her net worth is not publicly known.