Sho Madjozi is South Africa’s fastest-rising rapper, actress and songwriter. She is known to be one of the best music performers in Africa as she has through her song, John Cena, became known on the international stage. 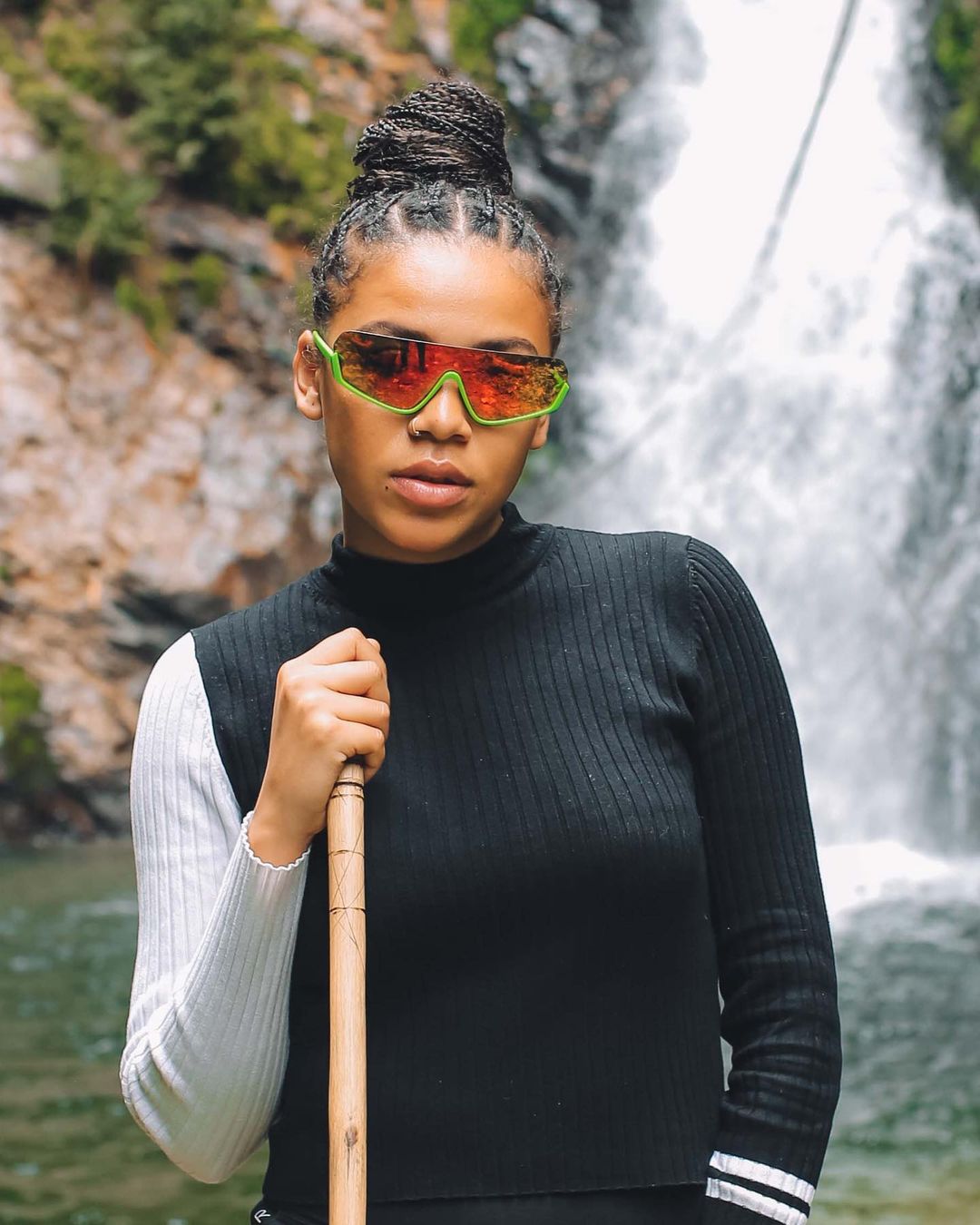 Sho Madjozi’s real name is  Maya Christinah Xichavo Wegerif and was born to a European father Marc Wegerif and a South African mom, Rosemary Phaweni, on the 9th of May 1992. She was bred in a Shirley village situated in Elim, Limpopo, South Africa.

At a tender age, her parents divorced but chose to move in with her mother. She has half-sisters from both her parents and due to her background, she is of mixed race.

Sho travelled a lot as a child with her father and has spent time in many African countries including Tanzania and Senegal. Thanks to her travels, she can speak both Kiswahili and French.

Sho is a college graduate. After graduating from high school at the International School of Tanganyika in Tanzania, she bagged a scholarship to Mount Holyoke College to study Massachusetts, US, to study Creative writing and African Studies.

Years after, Sho returned to South Africa, where she enrolled in a fellowship program at the University of South Africa in Johannesburg and planned to write songs for other regional musicians.

Sho started her career as a poet when she would write poems on themes of politics, race and identity while she was in college. She wrote her poems using the pen name, ‘MayaThepoet”. In 2016, she started writing songs and began to create her own music, using the stage name “Sho Madjozi”.

Eventually, Sho rose to prominence after collaborating with rapper Okmalumkoolkat on the track “Ngiyashisa Bhe” and the hit single “Gqi”. In April 2012, she made her debut appearance as a cast on the Mzanzi Magic telenovela series, Isithembiso.

On the 28th of July 2017, Sho released her debut single,“Dumi HiPhone”, featuring disc jockey duo PS DJz. Although the song was received well by the public but didn’t make it to the final track listing of Sho’s debut album.

Apart from being a musician, Sho was also an ambassador for many brands. On the 27 of June 2018, Trace Urban South Africa signed her as their mobile paid provider Trace Mobile ambassador.

On the 2nd of December, Sho performed at the Global Citizen Festival: Mandela 100, alongside international stars, Beyonce and Jay Z. After the show, she released her debut studio album on the 14th of December, Limpopo Champions League. The album was also supported by a 5-minute short film Trickshot which has several tracks from the album.

After Sho launched her debut album, on the 1st of June 2019, Sho was shortlisted by Forbes magazine to be among the 30 under 30 creative category list for her contribution to music and the entertainment industry. Among other artists featured include Nigerian musician Burna Boy, South African actress, Thando Thabethe, and Kenyan movie director, and Screenwriter Njue Kevin among other individuals.

On the 15th August, Madjozi also appeared on the global music platform COLORS, where she performed her hit song “John Cena ”. The song trended in South Africa as it gained two-million views.

Also, she won the Best Gqom Artist award at the 4th ceremony of the Mzansi Kwaiti and House Music Awards. In July 202, she was signed to U.S label Epic Records. She also had her first mixtape What a Life, a song featuring South African stars, Makhadzi and Dr Thomas Chauke.

Sho Modjozi is an African musician that is proud of her cultural root. She cherishes the Tsonga culture and commonly performs in the traditional attire of the culture. She also performs the traditional Xibelani dance.

Apart from her traditional appearances, she also uses her Swahili to sing, incorporating it with the English language to appeal to a larger audience. Sho is a cultural woman and is well known for her hairstyles influenced by Fulani and Tuareng women.

Sho claims to be single with no boyfriend but her fans believed she’s dating Kagiso Rabad. She has neither kids nor a husband.

Sho Madjozi is one of the richest South African artists. Her net worth is estimated to be between $100,000 and $1 million. All her wealth is calculated from payments for show performances, endorsement deals, properties and the investments she owns.