Teslim Kolawole Folarin is a Nigerian politician and a three term Senator of the Federal Republic of Nigeria. He has served in the National Assembly in 2003, 2007 and 2019. He is currently the Gubernatorial candidate of the All Progressive Congress ( APC) in the forthcoming 2023 election. 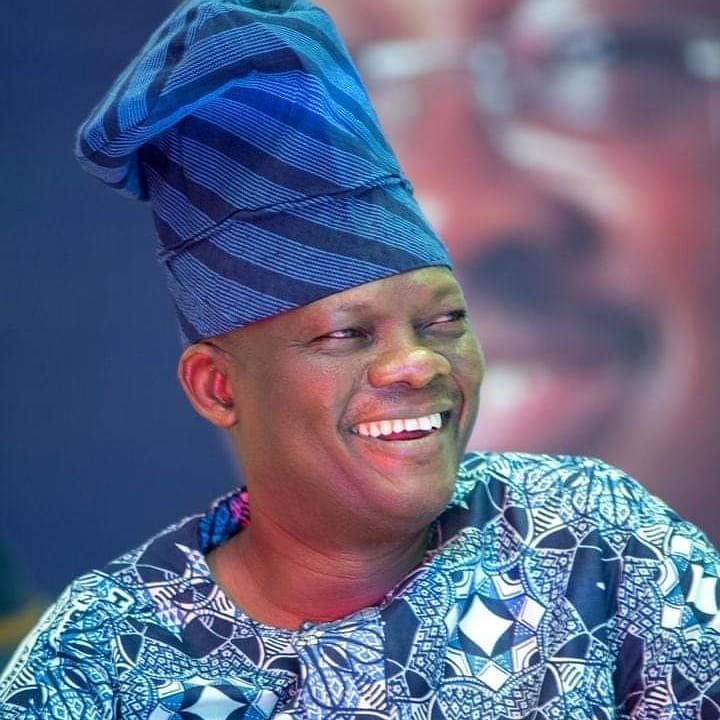 Folarin was born on October 1, 1963, in Zaria, Kaduna State to Alhaji and Alhaja Hamzat Folarin. He stemmed from Baale House in the Oja Igbo area of Ibadan North-East Local Government Area of Oyo State. Folarin is the Head (Mogaji) of his family house and is a ranked traditional chief in Ibadan land. He is the Laguna Olubadan of Ibadan land.

He began his career as a civil servant in the United Kingdom, where he spent some years gathering valuable civil service experience in the UK, including management roles at the Department of Trade in London, before returning to Nigeria in 2002.

Folarin contested and won the senatorial seat to represent Oyo Central in 2003 at the age of 39 on the platform of the PDP and was re-elected for a second term in 2007 on the platform of the same PDP. Folarin remains the only legislator in Oyo State who has served two terms in the Senate. In the Senate, he was appointed Leader of the Senate. Folarin also served on the Senate Committee on Business & Rules, Marines, and Transport although his particular interests were in education, power supply, and water resources. Teslim Folarin was involved in the power probe in 2008. As the leader of the Senate, he led debates on all executive bills and sponsored several private bills himself. These include the Insurance Act, the Armed Forces Pension Act, and several others.

Folarin won the senatorial position in the 2019 Oyo central senatorial district election, defeating the incumbent senator, Mrs Monsurat Sunmonu among other candidates. He is the Chairman of the Senate Committee on Local Content in the 9th Senate. He also sits on several other committees, including National Intelligence, INEC, Inter-parliamentary, Constitutional Review, Finance, Sustainable Development Goal (SDG), and Air Force.

Folarin was married with two children to Late Barr. Angela Folarin. She died on January 28, 2022, in the United Kingdom at the age of 47.

Senator Teslim Folarin was once arraigned before a Magistrate Court, Ibadan over the killing of a former factional leader of the National Union of Road Transport Workers (NURTW), Oyo State branch, Alhaji Lateef Salako, a.k.a Eleweomo.

Ramoni Jayeoba, Bankole Olaide Raji, and Raimi Ismaila were charged with him on a two-count charge of conspiracy and murder.

Teslim Folarin is a senator of the Federal Republic of Nigeria and a well-known politician in Nigeria. Nothing much is known about his business and investments. He is thought to be worth about $5 million.

Twitter: @teslimkfolarin
Teslim Folarin is currently the Gubernatorial candidate for the All Progressive Congress political party, he would be contesting against the incumbent, Seyi Makinde. We wish him well in his sojourn.