The Cavemen are a Nigerian music group made up of brothers Kingsley Okorie ( a bassist) and Benjamin Okorie (a drummer). They are well-known for their musical style, which reintroduced high-life to a new generation in a new light. Their sound is a mix of Afro-beats, jazz, soul, and high-life music. 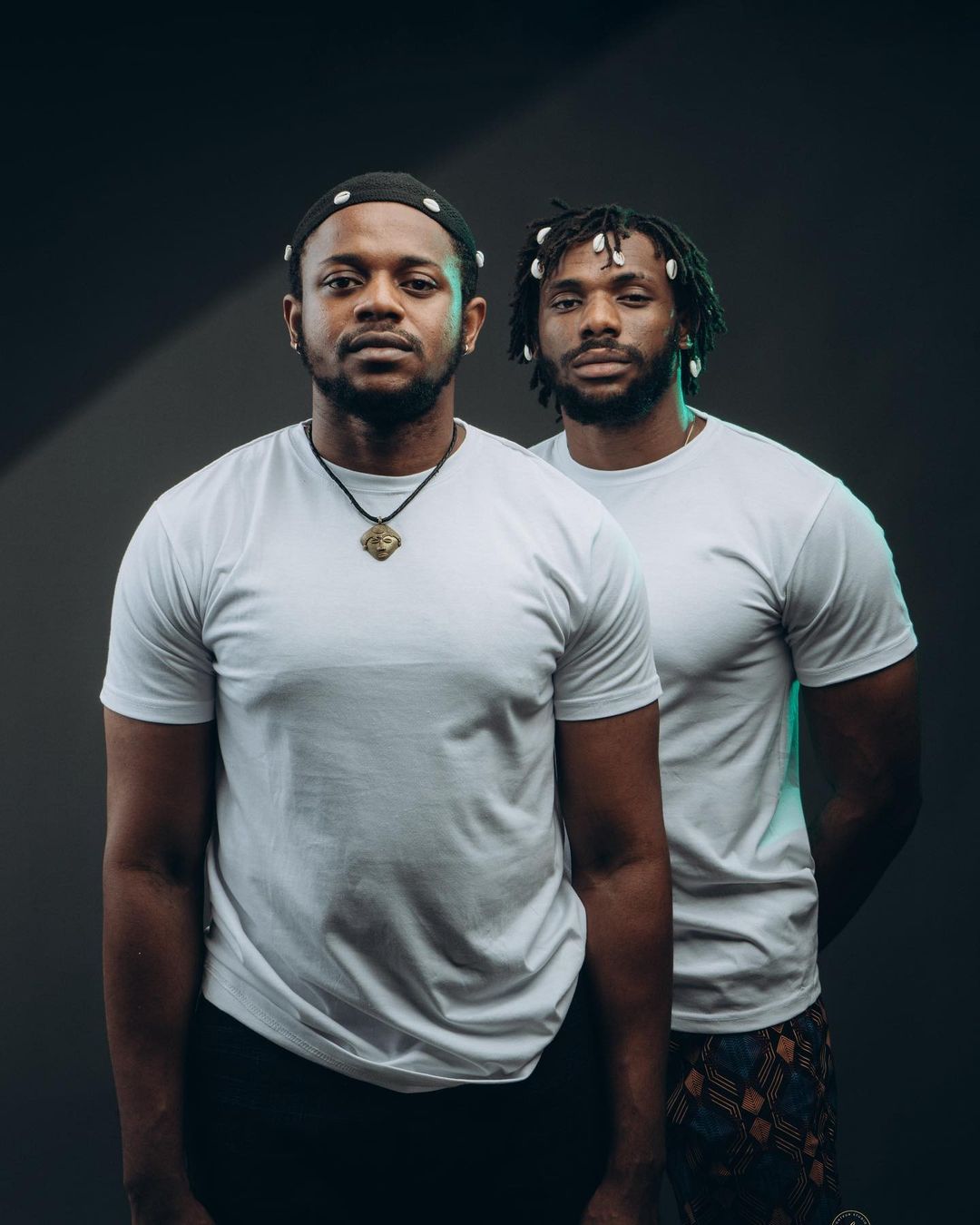 The Cavemen were born and grew up in Lagos State, Nigeria in the early 90s, but originally hailed from Orlu, Imo State, and began their careers as choristers. Benjamin developed an interest in drumming and taught himself how to play, while Kingsley honed his keyboard and bass skills.

They listened to a lot of music when they were younger. Their mother preferred evangelical music, whilst their father preferred Michael Jackson, West Life, ABBA, and other pop artists.

They credit their driver, though, with exposing them to high-life kinds of music, because he always played songs by Oliver De Coque. This is where their passion for highlife began.

Kingsley graduated from Babcock University and Nigerian Law School’s Kano branch with a law degree. Benjamin, on the other hand, went to the Peter King College of Music in Badagry, Lagos.

The Cavemen as a band were founded in March 2018. They were discovered by Lady Donli and are known for their live performances. They stylised their band name with a dot to avoid lawsuits from a New Zealand artist with the trademarked name.

In 2020, they released their debut song, “Osondu,” and their debut album, Roots, in August. The album was entirely recorded and produced by the pair in their living room. They also produced Roots and produced 11 of the tracks on Lady Donli’s Enjoy Your Life album. They performed at the Big Brother Naija fifth-season finale show. Cobhams Asuquo, Asa, Onyeka Onwenu, Made Kuti, PC Lapez, and Etuk Ubong made guest performances on the duo’s sophomore album Love and Highlife, which was released in October 2021. Their popular Anita song was nominated for Headies Award.

The Cavemen, since they came on board in 2018, have been doing well for themselves over the years. They have a combined net worth of $300,000.