History and Culture of the Nupe People

The Nupe populate sizable cities or villages known as “Ezi.” The phrases Tunga or kangi, which denote a “daughter-settlement” of a village or town, are used to describe small communities. The way that Nupe villages are set up locally is consistent, with clusters of compounds made up of several walled complexes, or “houses,” creating an “efu,” known as a ward.

The traditions of the Nupe people are varied. This is because the movements initiated by Usman Dan Fodio, known as the jihad war in the 19th century, brought about many changes to traditions, yet they still preserve some aspects of their culture.

In this piece, Naijabiography will be exploring the history, culture, and traditions of the Nupe people.

The Nupe are a native ethnic group in the Middle Belt of Nigeria. They are the majority ethnicity in Niger State and a significant minority in Kwara State. The Hausa traditionally refer to them as Nupawa and the neighbouring Yoruba as Tapa. The Federal Capital Territory and Kogi State both have large Nupe populations.

The majority of the 3.5 million Nupes live in Niger State. Additionally, Kwara, Kogi, and the Federal Capital Territory are home to Nupe speakers. With a small number of Christians and adherents of African traditional religions, they are mostly Muslims.

Early in the nineteenth century, political unrest brought on by disagreements over succession characterized Nupe’s history. When Jimada and Majiya II, two rival Etsu, vied for the throne in 1796, this battle came to a head. Islam has had a significant impact on the north, and the first Nupe ruler to convert to Islam ruled around 1770. Even more significant was the gradual Fulani conquest that started after 1820.

Through the efforts of the Royal Niger Company, British control was established around the turn of the century. Up until 1960, when Nigeria became an independent country, the Bida Emirate was controlled as a component of the British colony of Nigeria. Although Bida continues to be the largest primarily Nupe town, Minna was declared the capital of Niger State during the establishment of states by succeeding Nigerian governments.

The Nupe have a number of regional traditional leaders. The Etsu Nupe (Bida) is not all Nupe; on his father’s side, his great-grandpa is Fulani; however, his mother’s line is entirely Nupe. In 1806, his great-grandfather on his father’s side came to rule Bida. Despite having their original headquarters in Rabah and only moving to Bida in the nineteenth century, they currently have no capital.

The Nupe have impacted their neighbours and been influenced by them in terms of language, religion, art, agricultural methods, and trade. Bronze statues discovered at Tada and Jebba imply a relationship with Ife and Benin. The cultural similarities between Nupe and Yoruba found in stone sculptures among the Igbomina-Yoruba of west-central Nigeria show contact between those communities.

The Nupe are divided into several territorial groups, the most significant of which are the Beni, Zam, Batache (Bataci), and Kede (Kyedye). The other Nupe are farmers who cultivate the major crops of millet, sorghum, yams, and rice.

The Nupe inhabit settlements with populations ranging from a handful of families to thousands. A chief leads each village, with the assistance of a council of family leaders. The chief oversees community land resources, arbitrates conflicts, and coordinates all significant cooperative endeavours. For administrative purposes, the native Nupe kingdom was divided into four zones, each of which had a number of ranked officials who were obedient to the king, the Etsu Nupe. Within the larger Nupe empire, there are two kingdoms: the Beni and the Kede. Above the commoners, there are a number of titled classes.

A huge town wall that once surrounded a Nupe community with its dispersed wards can still be seen in several locations. Due to the Nupe’s violent past, cities and villages were fortified to keep residents safe. The traditional home is made up of a number of generally round, clay-built huts that are enclosed by a tall mud wall and thatched with grass. Western style and architecture grew widespread in the twentieth century, particularly among urban residents.

Families with sufficient incomes built their own homes rather than residing in those of extended families. The early breakdown of the extended family house was frequently caused by the refusal to pay for the cost of repairs.

The Kede and Batache are river people who live mostly through fishing and trading. Rice, peanuts (groundnuts), cotton, and shea nuts are examples of commercial crops. The hoe is the primary implement used by Nupe farmers when engaging in shifting cultivation.

While women prepare and market the harvests, men do the majority of the farming. Also, craftspeople work through sophisticated guild organizations, such as blacksmiths, brass smiths, weavers, and tailors. The glass beads, exquisite leather and mat work, brass trays, and beautiful cloth produced by the Nupe are well-known throughout Nigeria.

The Nupe engage in hoe agriculture, employing both a hoe called a dugba and a giant, heavy hoe called a zuku. Crop rotation along with shifting cultivation form the foundation of the Nupe agricultural system. More of the original savanna was able to survive due to low population densities and a less intensive form of agriculture, and goods from the woods, particularly those from the locust-bean tree and the shea-butter tree, are considerable.

In the communities along the banks of the Niger, Kaduna, and their tributaries, there are a lot of fishermen. The Bororo Fulani raise cattle, moving their herds from one pasture to another when required by necessity.

There are scheduled market days in every Nupe town or village. To meet the needs of each location and the local transportation system, markets are held once a week or every five days. The markets feature goods and services from every type of trade and craft, including agricultural products, foods, cattle, pots, and tools, as well as goods and services from butchers, tailors, leatherworkers, barbers, and tailors.

The traditions of the Nupe people are varied. The movements initiated by Usman Dan Fodio jihad in the 19th century brought about many changes to traditions, yet they still preserve some aspects of their culture. Similar to an ancient Igala custom, many Nupe people frequently use jewelry to adorn their faces with tribal markings, some of which serve to identify their status and the family to which they belong, as well as for protection.

But in certain places, these customs are disappearing. Most of their works are abstract. This is because they are renowned for their stools made of wood with intricate carvings on the surface. The ethnographer Siegfried Nadel, whose book Black Byzantium is still regarded as a classic in anthropology, provided a detailed description of the Nupe.

In the Nupe tradition, men dominate the traditional industries, particularly guild-organized trades whose membership is predominantly hereditary. These professions include carpentry, woodcarving, glassmaking, weaving, brass and silversmithing, construction, and blacksmithing. Also, history has it that the majority of Nupe brass smiths (tswata muku) are located in Bida. The Nupe woodcarving tradition is almost purely “art for art’s sake” and does not rely on the ceremonial or ritual use of items.

There is only one word used to define the kinship of Nupe, and it is called “dengi.” According to history, the extended family is the fundamental unit of kinship, and members of this unit share a “home” and acknowledge an emitso as the family’s leader. Paternal descent determines kinship and the availability of the political and religious rights inherent in it. 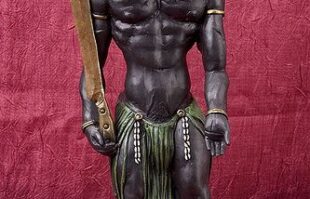 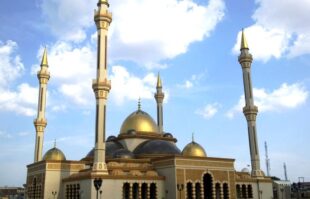 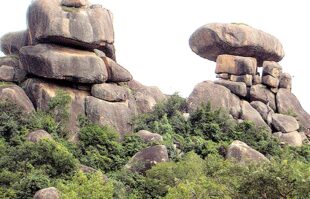