MUST READ: History Of The Nigeria Police Force 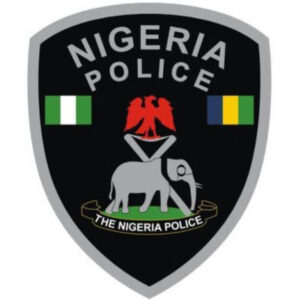 The Nigeria Police Force serves society by ensuring the protection of human rights and freedom, countering crime, supporting the public law and order, as well as public safety. NPF is the principal law enforcement agency in Nigeria.

Chief Louis Orok Edet was the first indigenous Nigerian to occupy the position. He was briefly the chairman of the Nigerian Football Association in the early 1960s. The agency is currently headed by IGP Adamu Muhammed, (The 20th indigenous Inspector-General of Police) 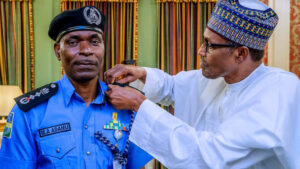 From issues that require policing escalating to points where full-blown military intervention is needed, to plain incompetence on the parts of police officers, and cases where it is quite clear that the people do not trust those who are meant to protect them. What are the causes of this?

The NPF is a very large Agency consisting of 36 State commands grouped into 12 zones and 7 administrative departments. viz. Finance and Administration, Operations, Logistics, Force Criminal Investigation Department, Training, Research and Planning, and Information and Communication Technology, Each headed by a Deputy Inspector General of Police.

When was the Nigeria police established? Firstly, the Police Force of Nigeria started in 1820

History Of The Nigeria Police Force

Nigeria Police was first established in 1820. A 1200-member armed paramilitary Hausa Constabulary was set up. A similar Force was formed in Calabar in 1894 and named “The Niger Coast Constabulary”  it was formed under the newly proclaimed Niger Coast Protectorate. In the north, the Royal Niger Company set up the Royal Niger Company Constabulary in 1888  with headquarters at Lokoja and The Lagos Police, which was established in 1896.

In the 1960s, under the First Republic, these forces were first regionalized and then nationalized. The NPF performed conventional police functions and was responsible for

Duties within or outside Nigeria as directed. The Plans were announced in the mid-1980 to increase the force to Two hundred thousand (200,000).

The British merged the Lagos colony and the southern and northern protectorates in 1913 and named the new colony Nigeria. The northern and southern regional police forces were later merged, in 1930, to form the colony’s first national police “The Nigeria Police Force” (NPF).

Police officers were not usually armed but were issued weapons when required for specific missions or circumstances. They were often deployed throughout the country,

At the end of 1986, the Nigeria Police Force was reformed throughout the country into seven regional commands. They replaced a command composition matching to each of the states in Nigeria. A commissioner led every command and later they were shared into police provinces and subdivisions driven by local officers.

NPF headquarters, which was also an area command, supervised and coordinated the other area commands. Later these Area Commands were grouped under Zone Commands as follows:

In 1989, one more NPF reformation was declared. The same year, the Nigeria Police Force also organized a Quick Intervention Force in every state. They were separated from the mobile police subdivisions with the aim to watch for political events and suppress disorders while there was a transition to civil rule.

Babangida dissolved the National Security Organisation and created the SSS. The SSS was responsible for domestic intelligence, and at first, at least, drawn from the police’s budget. but in 1989 Babangida announced that a larger number of officers would be posted to their native areas to facilitate police-community relations.

There are 1129 police divisions in Nigeria, 1579 police stations, and a total of 3756 official police posts.

Section 194 of the 1979 constitution denoted the NPF as the national police of the country with exceptional jurisdiction throughout Nigeria. Also, constitutional provision determines the formation of NPF branches.

Section 214 of the 1999 Nigerian Constitution reads: There shall be a Police Force for Nigeria, which shall be known as the Nigeria Police Force, and subject to the provision of this section no other Police Force shall be established for the Federation or any part thereof. 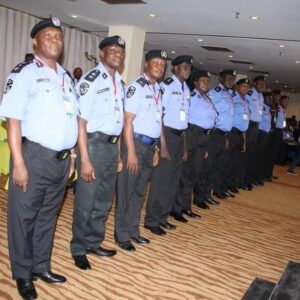 Duties of The Nigeria Police force

Section 4 of the Police Acts and Regulations lists the duties of the police force to include:

The apprehension of offenders.

The preservation of law and order.

The protection of life and property.

The prevention and detection of crime.

The due enforcement of laws and regulations with which they are directly charged.

The performance of such military duties within and outside Nigeria as may be required of them by or under the authority of the police act or any other act.

Ranks of The Nigeria Police Force 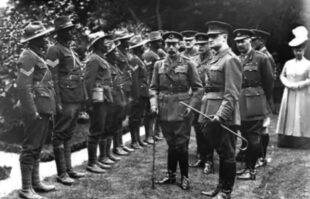 History of the Nigerian Army 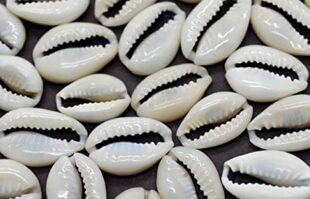 In recent times, cowries have been used as necklaces and bracelets, and they have been seen in films or used… 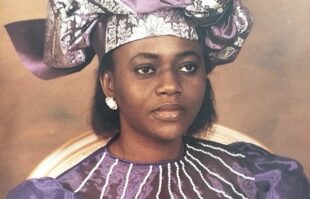 From inception, the decision-making processes and politics have been male-dominated, and even the seat of the ‘First Lady’ seems non-existent.… 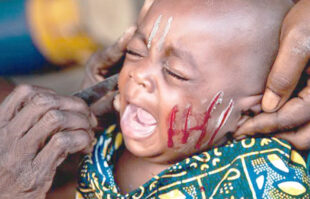 The Culture of Tribal Marks in Nigeria

In recent times, Nigerians, especially the younger generation, have detested tribal marks. According to them, civilization is in vogue and…

I just love it very interesting