Shokoya Oluwasegunfunmi, popularly known by his stage name Davolee, is a Nigerian rapper, singer, and songwriter. Since his debut in the Nigerian music scene, he has become a mainstay and has had a good number of songs to his credit. 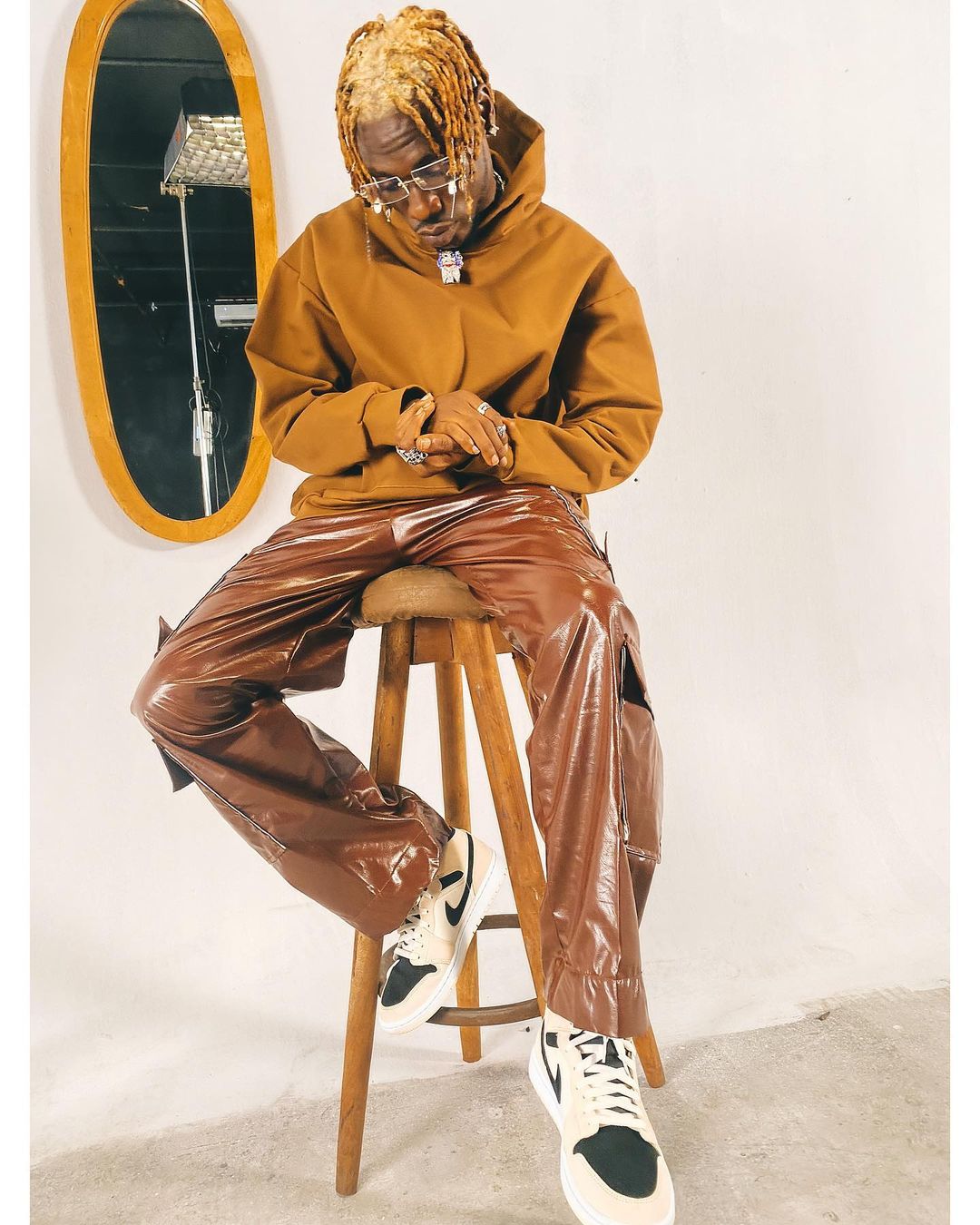 Davolee was born on May 18, 1995, in Isolo, Lagos state. He was originally from Ogun State but was born and brought up in Lagos State. He had his primary and secondary school education in Lagos state but was unable to further his education at university due to the unavailability of funds. He had to give up on education to face music squarely.

Davolee became well-known for his narrative rap song “Festival Bar,” which was accompanied by a Moe Musa-directed music video. Davolee began playing music at a very young age, and when financial difficulties prevented him from continuing his studies, he made the decision to pursue music full-time.

The teenage rapper used to sell pure water on Mushin Street in Lagos before becoming famous. Davolee, who continues to post freestyles on Instagram, quickly gained attention for his wildly popular copy of the Desiigner song “Panda.” His talent wasn’t overlooked because, on November 12, 2016, he attracted the attention of YBNL’s leader, Olamide, and was instantly signed to the YBNL Nation record label.

After appearing on Olamide’s chart-topping single “Pepper Dem Gang,” Davolee rose to fame on the streets and won the hearts of music fans. Both music experts and critics gave the song favourable reviews, and Davolee’s lyrical skill is undoubtedly something to listen to repeatedly.

Aside from Guns & Roses by the then YBNL Mafia, Picazo Rhap, Yomi Blaze, and Limerick had a collaboration with Davolee and have also released additional songs, including “For the Hood,” featuring Olumix, Kilode, Cirocing Python, and his most recent hit, Juju.

The gifted musician Davolee, who was signed to New Nation Muzik after a split with YBNL, released a song titled “Way” that has received a tonne of airplay and positive reception from music fans, and he is doing a lot of good for himself.

After that, he released other projects, including the song “Lock Up” with Zlatan Ibile.

Davolee described himself as a hustler because he was not born with a golden spoon, and he wanted to be happy in life by creating a golden spoon for himself and his family. He is, however, not known to be married or in any relationship but is rumoured to have a child named Aseyori.

The media reported on April 27, 2019, that Davolee had quit YBNL and moved on with his life since he didn’t get along with the label’s YBNL boss, Olamide. According to his Instagram posts, there was speculation that there was a conflict between the two performers.

He then flaunted his new record label, “New Nation Muzik,” stating that he was entering the next stage of his career. It was widely believed that the reason for his leaving was that he didn’t like the way he was managed by YBNL.

Davolee has been able to build a huge fan base online, especially on his Instagram page which has close to 600k followers with a good periodical engagement.
Instagram: eminidavolee
Twitter: @EminiDavolee