Ibukunoluwa Abiodun Awosika is a Nigerian businesswoman, motivational speaker, and author (born Bilkisu Abiodun Motunrayo Omobolanle Adekola). She served as the First Bank of Nigeria’s first female chairman. In the furniture sector, she has achieved success. She is a survivor and has raised the bar for African women! What a man can achieve, a woman can do much better, as Ibukun has demonstrated. 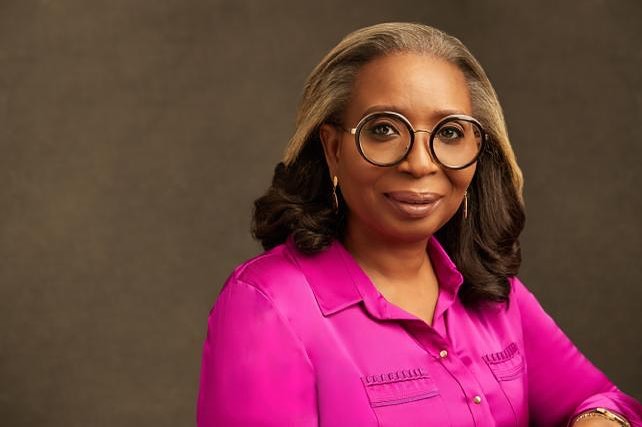 Mr. Abdulmashood Adekola and Hannah Aduke Adekola welcomed Ibukun Awosika into the world on December 24, 1962. She is from Ibadan, Oyo State, Nigeria, and is the third of seven children.

She went to Methodist Girl’s High School in Yaba, Lagos State, as well as St. Paul African Church Primary School. Ibukun Awosika holds an MBA from the Lagos Business School, the I.E.S.E Business School in Barcelona, Spain, and the Global CEO Programme of the Wharton, IESE, and C.E.I.B.S Business Schools, in addition to a Bachelor of Science in Chemistry from Obafemi Awolowo University, Ile-Ife.

Ibukun Awosika worked as an audit trainee at Akintola Williams & Co., which later changed its name to Deloitte, during her mandatory one-year National Youth Service Corps (NYSC) service in Kano state, but she returned home after the service and started working as the showroom manager for a furniture company called Alibert Nigeria Ltd. In an effort to achieve independence, she founded the furniture manufacturing business, Quebees Limited, in 1989. Later, after a joint merger with SOKOA S.A. and Guaranty Trust Bank in 2004, it changed its name to The Chair Centre Limited, and then to SOKOA Chair Centre Limited.

Ibukun, a fellow of the African Leadership Initiative, Aspen Global Leadership Network, Institute of Directors, and Society for Corporate Governance Nigeria, aspires to use her projects to further the greatness of her beloved country by encouraging entrepreneurs to fill the many jobs that the large number of young people who are unemployed currently lack. She is a member of the National Job Creation Committee (NCJC), the Nigerian Economic Summit Group (NESG), and the International Advisory Board of the IESE Business School in Barcelona, Spain.

Ibukun sits on the boards of numerous for-profit and nonprofit organisations, including the Nigerian Sovereign Investment Authority, Cadbury Nigeria Plc, First Bank of Nigeria Limited, and the Convention on Business Integrity (CBI). She serves as the chairperson of the board of the Afterschool Graduate Development Centre (AGDC), a facility she developed to help Nigerian youth with difficulties related to employment and entrepreneurship. She served as chairman of Kakawa Discount House Limited, FBN Capital Limited, and FBN Life Assurance Limited.

Ibukun is a co-founder and former chairman of Women in Business, Management, and Public Service (WIMBIZ) with a strong interest in social issues and women. She is a licensed pastor who founded the Christian Missionary Fellowship. By providing medical, educational, and other resources, Ibukun, through this religious organisation, changed lives with the help of hundreds of missionaries dispersed throughout Nigeria.

As a US Department of State recipient in 2008, Ibukun Awosika, a multi-award-winning businesswoman, became the first Nigerian to receive the prestigious International Women’s Entrepreneurial Challenge Award (IWEC).

Ibukun Awosika had a variety of career aspirations when she was younger, including being an architect, lawyer, and accountant. She made every effort to enter law school while majoring in chemistry at Obafemi Awolowo University since she was so determined to become a lawyer. When that didn’t work out, she made the decision to become an accountant and began taking accounting classes while also studying chemistry at the university.

She is happily married to Abiodun Awosika and they are blessed with three children: Oludola, Olafusika, and Olamiposi. Her husband, Abiodun Awosika, is the CEO of Excel Exploration & Production Company Limited.

In addition to her professional accomplishments, Ibukun serves as a pastor at the Fountain of Life Church, where Pastor Taiwo Odukoya serves as the senior pastor, and she founded the Christian Missionary Fund, an organisation whose goal is to raise money for Christian missionaries all around the nation.

Ibukun Awosika was one of five Nigerian businesspeople that participated in the first African Dragon’s Den in 2008, where business owners presented their ideas in the hopes of receiving funding from investors. She is the host of the television show “Business His Way.” She produced the highly successful film “God Calling”. She also co-starred in the Kunle Afolayan-directed movie 2020 “Citation” with Temi Otedola.

Ibukun Awosika has built a good amount of wealth for herself since she became an entrepreneur. Her estimated net worth is said to be $10 million.

In Ibukun Awosika’s words, she said, “I come from a place where there are opportunities staring you in the eye, but it’s looking for people who have the heart and the courage to do it and do it right.”