Kemi Adetiba is a Nigerian actress, Television Host, Music video producer, and director. She produced, wrote, and directed the popular Nollywood movie titled King of Boys. She also acted a prominent role in the rated The Wedding Party movies. Her acting prowess in the Nigerian movie industry has earned her multiple awards. 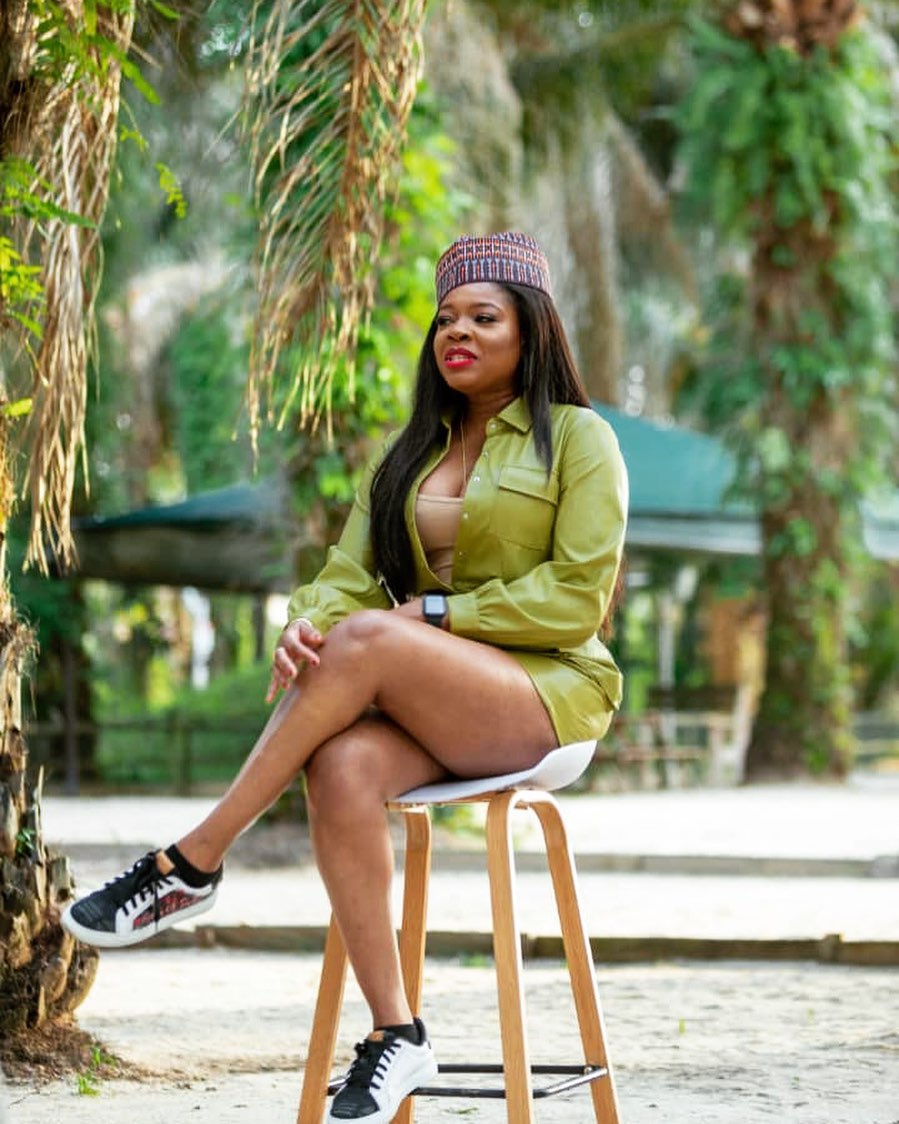 Kemi Adetiba was born on January 8, 1980, to Dele Adetiba, an Ekiti father, and Mayen Adetiba, an Efik mother. Kemi hails from a family with a long history of successful parents in many fields. Her father, Dele Adetiba, was a legendary sports broadcaster in Nigeria and a veteran of advertising on television stations. Mayeni Adetiba, her mother, is an engineer and actor who also happens to be the first female civil engineer elected to the Nigerian Society of Engineers’ Executive Committee.

She graduated from Atlantic Hall High School and earned a law degree from the University of Lagos, and she was later called to the Nigerian Bar. Kemi, on the other hand, had a different professional path in mind when she decided to enter the media industry.

She began her career as a radio host for Rhythm 93.7 FM, where she became the host of two nationally syndicated smash shows, Soul’d Out and Sunday at the Seaside. Under the handle and tag ‘hule,’ Kemi began secretly releasing personal remixes online on various platforms such as Spotify and Soundcloud.

Kemi Adetiba gradually transitioned from being a radio voice to being a television host by creating and hosting various Mnet series, including Studio 53 and Temptation Nigeria, which she co-hosted with Ikponmwosa Osakioduwa. Kemi also presented all three seasons of Maltina Dance and was a presenter on Soundcity TV. She then decided to step it up a notch and enrolled at the New York Film Academy to study visual production, which represented a significant change for Kemi.

Across a Bloodied Ocean, her short film was screened at the Pan African Film Festival and the National Black Arts Festival in 2009. The Wedding Party, Kemi Adetiba’s first feature film as a filmmaker, premiered as the opening film of the City-to-City Showcase at the Toronto International Film Festival (TIFF) on September 8, 2016.

It was also shown for the first time on November 26, 2016, at the Eko Hotel & Suites in Lagos. The film rapidly went viral and went on to become Nigeria’s highest-earning film, grossing a remarkable #453,000,000. The sequel, “The Wedding Party 2,” shattered the record in 2017. In 2017, Kemi debuted her interview-based series “King Woman,” which features Nigeria’s most influential women of all time.

Kemi Adetiba interviewed her mother, Mayen Adetiba, Chigul, Taiwo Ajai-Lycett, Jumoke Adenowo, Adesua Onyenokwe, TY Bello, and Tara Durotoye for the show King Women. The following year, Adetiba’s most famous piece of art, “King of Boys,” was published, starring veteran actress Sola Sobowale in the lead role. The film is about a power struggle, and it stars rappers Illbliss and Reminisce in their feature film debuts.

Kemi Adetiba produced, wrote, and directed King of Boys. It was ranked as one of the top ten films of 2018, grossing N245 million naira. The award-winning director crowned her classic picture with a seven-part Netflix series titled ‘The Return of the King,’ which serves as a sequel.

On the 28th of January, 2022, Kemi Adetiba got engaged to Oscar Heman-Ackah while on holiday in Ghana with her family and a few friends and colleagues. Kemi Adetiba officially marries Oscar Heman-Ackah, whom she had previously been betrothed to, on April 23rd, 2022, in a star-studded wedding ceremony.

2015: Out A Magazine by Lindsey Abudei

2014: Sitting on the Throne by Olamide

According to sources online, Kemi’s estimated net worth is $3.5 million. Her sources of income range from directing music videos for prominent Nigerian musicians and also writing and producing hit movies in the Nigerian movie industry.