Back to All Biographies
Acting Musician Producing

Nsikayesizwe David Junior Ngcobo (born on February 11, 1997), known professionally as Nasty C, is a charming South African rapper, songwriter, and record producer with a light flow. He received praise for his trap-influenced sophomore album, Strings and Bling. He has won two South African Music Awards and two All Africa Music Awards in 2018. 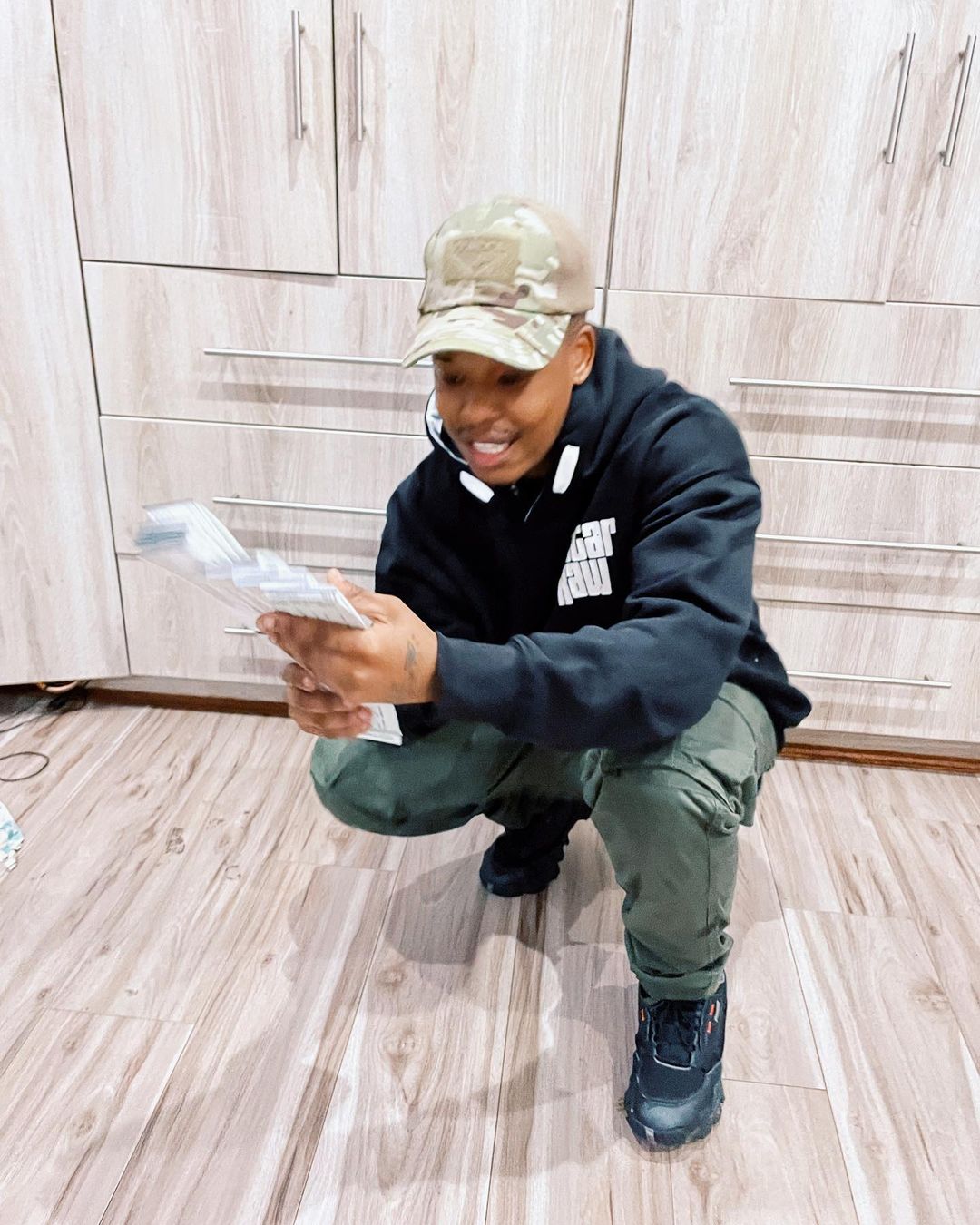 Nasty C was born on February 11, 1997, in Diepkloof, a borough of Soweto, Johannesburg. He moved to Durban, Kwa-Zulu Natal, to be raised by his father, David Maviyo Ngcobo, a human resources manager, after the death of his mother, who was killed in a car accident when he was 11 months old. He was inspired to start rapping by his older brother, Siyabonga Ngcobo, who taught him the fundamentals of music production when he was just nine years old.

Ngcobo finished his 12th grade at Strelitzia Secondary School in Lotus Park, Durban, and he didn’t further his studies but focused on his career.

On November 20, 2015, a Gemini Major-produced remix of “Juice Back” featuring Davido and rapper Cassper Nyovest was released.

The lead track from Nasty C’s upcoming debut album, “Hell Naw,” which he released on February 11, 2016, was later made public. Later in the same year, on September 23, he released another debut album, titled “Bad Hair,” through Mabala Noise Entertainment. For the album’s cover art, he asked his Twitter followers to forward him photos of themselves during terrible hair days, then he artistically assembled his face using all the photos, which made the “Bad Hair” album the most streamed album in South Africa in its first 24 hours and peaked at number one on the regional iTunes charts.

Nasty C dropped a 14-minute short that comprises three songs from “Bad Hair” and was directed by Kyle Lewis. The short film featured Rowlene in the songs “Don’t Do It,” “Good Girls and Snapchat Hoes,” and “Phase.” It was uncommon for an African video because it was commercially featured in multiple nations, including France, Germany, the United Kingdom, and the United States.

On December 2nd, 2016, “Bad Hair Extensions,” an expanded version of “Bad Hair,” was launched, and four brand-new tracks were included, including the lead single “Allow,” featuring American rapper French Montana, which got him numerous awards that year.

In 2017, his largest nomination came from the BET Award for “Best International Act: Africa,” which he lost to Wizkid. Also, at the 2017 MTV Europe Music Awards, he received a nomination there as well, and according to the 2016 MTV Base: SA’s Hottest MCs, Nasty C came in third. And he was once again ranked, this time in fourth place, in the same event in 2017.

In June 2018, Ezegozie Eze, general manager of Universal Music Group Nigeria, stated in a press release with Premium Times that “Strings and Bling is a testament to the skill, craft, and passion that he brings to his game every single time, and we are thrilled to bring this excellent body of work to the market.” Then, on July 6, 2018, Strings and Bling became available digitally and physically and was listed among the top hip-hop albums on Tina magazine’s list of hip-hop albums, and TimesLIVE rated it one of the best hip-hop albums in South Africa. The other singles from the album are “SMA” with Rowlene and “Gravy,” a promotional song.

Again, on October 6, 2018, The Ivyson Tour was launched by Nasty C at Johannesburg’s Melrose Arch. The five-show tour, which included four performances in South Africa and one in Namibia, was a success with a full house. For the third time in a row, he was ranked third in MTV Base: SA’s Hottest MCs at the end of 2018.

Nasty C was chosen as the brand’s ambassador for 2019 by Axe South Africa, a male grooming company. His tune “SMA (Vol. 1)” with Rowlene was nominated for Favourite Song Of The Year at the 2019 Dstv Mzansi Viewers Choice Awards. He also received two AFRIMA awards on November 24, including Best African Collaboration and Best African Rapper/Lyricist. He also topped MTV Base: SA’s Hottest MCs for 2019, which was his fourth consecutive year on the list.

On August 2020, Nasty C launched his own music label, Tall Racks Records. The first performer to sign with the label was him and his longtime collaborator, vocalist Rowlene. And in March 2020, Nasty C was reportedly said to have signed a joint venture agreement with Def Jam Records, with the release of his single “There They Go” as his debut under the label.

Nasty C released the visual EP, Lost Files, in April 2020, with a YouTube performance video of the songs. He said, “They’re songs that didn’t make it onto different projects, songs that ended up as just concepts,” elaborating on the rationale behind the EP. The EP was then published on Apple Music on May 14.

Also on May 20, 2020, Nasty C completed his acting debut with a cameo role in the six-part Netflix African original young adult series Blood & Water, playing the role of Zhero. And later on, on May 28, 2020, he signed with Universal Music Group’s flagship, Def Jam Africa. Again on June 5, he collaborated with American rapper T.I. for the protest song “They Don’t.” Proceeds from the song’s earnings go to the charitable organization’s Solidarity Fund and Until Freedom, and its lyrics make reference to George Floyd’s murder. On June 25, he and DJ Whoo Kid released Zulu, a mixtape they collaborated on.

Nasty C revealed on social media on August 6, 2020, that his eagerly awaited album “Zulu Man With Some Power” would be published in the month of August after a number of delays. Twenty songs, including ones by Lil Keed, Ari Lennox, Lil Gotit, T.I., Tellaman, and Rowlene, were included in the track list he posted. The album’s release date was August 28, 2020; he won the Best Male Rap Act prize at the African Music Magazine Awards 2020 ceremony in November 2020. He was included fifth consecutively on the MTV Base: SA’s Hottest MCs list in December 2020, where he was placed third.

He issued the single “Best I Ever Had” in June 2021. He was nominated for three All Africa Music Awards categories: Songwriter of the Year, Best Male Artist in Southern Africa, and Best African Rapper/Lyricist at the sixth ceremony. His sixth consecutive appearance on the 2021 MTV Base: SA’s Hottest MCs list placed him third.

He started the Ivyson Army Tour in May 2022, which featured five dates and spanned from May 7 to June 4, starting on May 7 (in Bloemfontein). And he was cast in the Disney+ animated series Kizazi Moto: Generation Fire in June 2022.

Nasty C is said to be in a relationship with Ntombzodwa Beatrice Sibanyoni, whose nickname is Sammie Heavens.

Nasty C has an estimated net worth of about $2 million, and he is believed to be one of the richest rappers in South Africa.