Samuel Chimerenka Chukwueze (born 22 May 1999) is a talented Nigerian professional footballer who plays as a winger for a Spanish club, Villarreal, and the Nigeria national team, Super Eagles 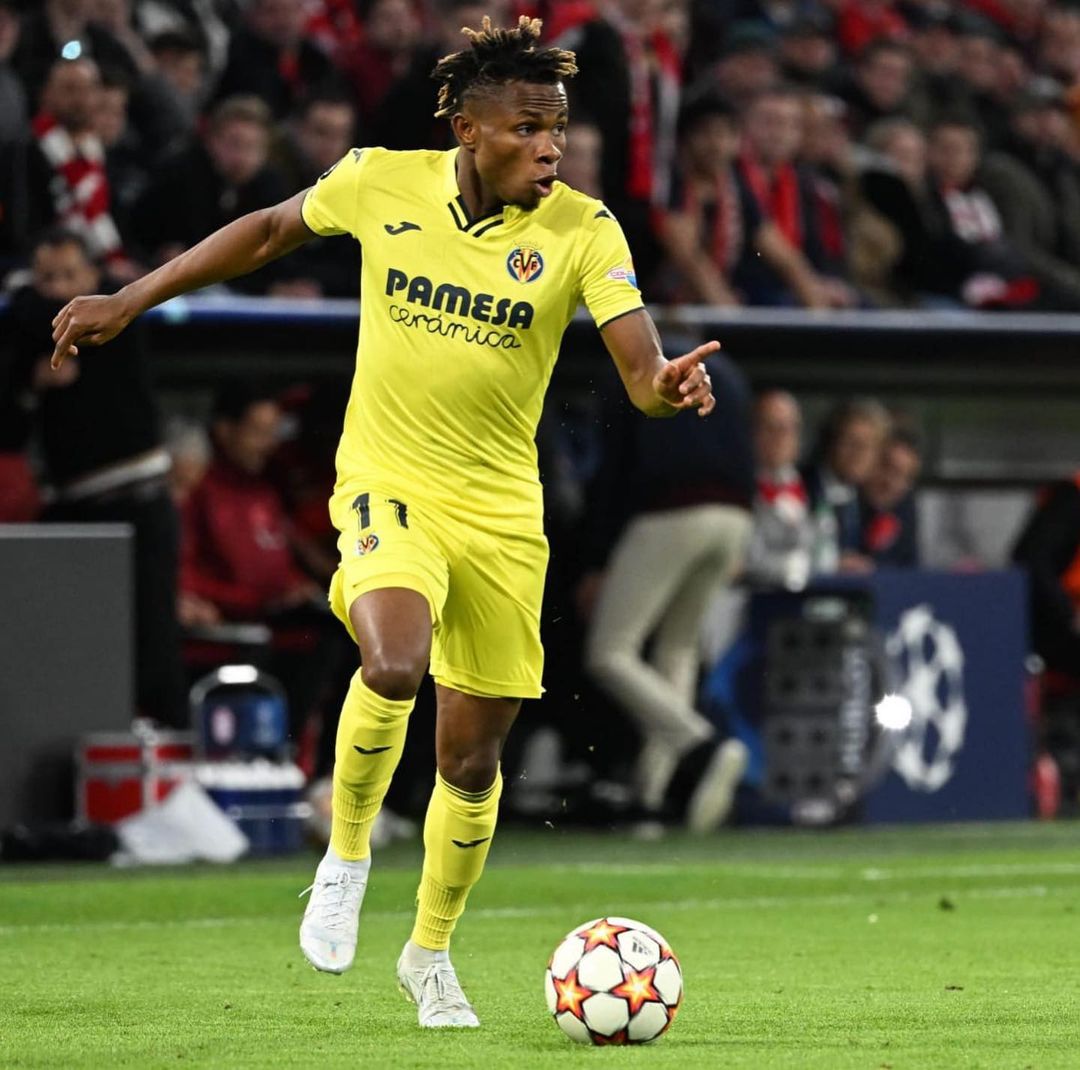 Chukwueze was born on the 22nd of May, 1999, in Abia State, which falls in the southeastern part of Nigeria. He had his secondary school education at Government College Umuahia and Evangel Secondary School.

Chukwueze moved from the nearby Diamond Football Academy to Villarreal CF youth club in 2017. He was initially allocated to the club’s Juvenil A team, but on April 15, 2018, he made his senior debut with the reserves when he replaced Sergio Lozano in the second half of a 1-1 Segunda División B road draw against CE Sabadell FC.

On May 20, 2018, Chukwueze scored his first goal as a senior, scoring his team’s second goal in a 3-1 away victory over Bilbao Athletic. In his debut season, he made a contribution by scoring twice in 11 games, but his team was unable to advance to the playoffs.

On September 20, 2018, Chukwueze made his first-team debut for the 2018–19 UEFA Europa League, taking Nicola Sansone‘s place in a 2-2 home draw against Rangers. On November 5, 2018, he also made his La Liga debut, appearing for the entire 90 minutes of his team’s 1-1 home tie with Levante.

He received the 2018 Young Player of the Year award from the Nigeria Football Federation in April 2019. Chukwueze scored the equalizer for 1-1 in the 88th minute of the second leg of the 2021–22 UEFA Champions League quarterfinal away to Bayern Munich on April 12, 2022, advancing Villarreal to the semifinals of the competition.

In October 2018, after representing Nigeria at the under-17 level, he was first called up to the senior team. On November 20, 2018, he started his senior national team debut for Nigeria in a goalless-friendly draw with Uganda.

According to different sources online, Samuel Chukwueze’s net worth is estimated at around $5 million. He accumulated his wealth from his football career.