Back to All Biographies
Entrepreneur Politics Producing

Ubi Ekapong Ofem is a Nigerian music artist manager, politician, entrepreneur, and TV show host. He is the founder and CEO of Made Men Music Group (Triple MG), a music record label, Instant Apartment, and Instant Pickup Logistics. Franklin is the current Special Adviser to Benedict Ayade on Tourism, the Governor of Cross River State, Nigeria. 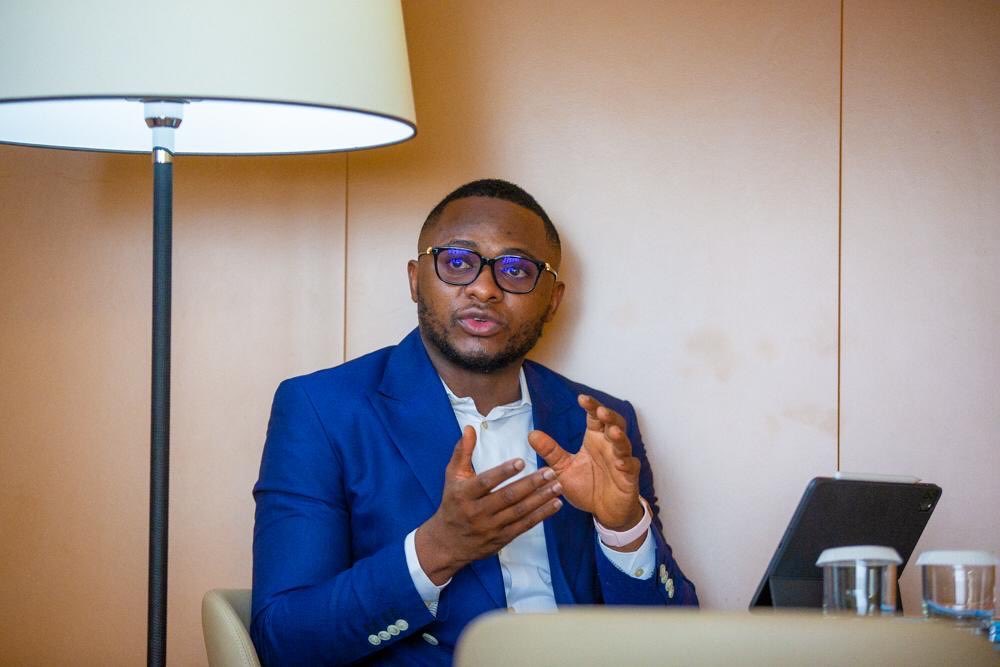 Ubi Franklin was born on February 2, 1986, in Cross River State, Nigeria. He is the eleventh child out of fifteen of his parents. He completed his elementary and secondary education in Calabar before enrolling at the University of Madonna, Nigeria, where he graduated with a degree in law.

Ubi Franklin has a record of working with top celebrities in the music industry. He has worked with AY Makun and other artists, he also worked as Julius Agwu’s assistant. He then engaged in concert promotion. Prior to the release of the popular single “Kukere” in 2010, he assumed the position of Iyanya’s manager. In 2014, after the label’s growth, some other artists, including Tekno, Emma Nyra, and Selebobo, joined.

Franklin received the City People Music Awards Music Manager of the Year honour in 2016. He introduced Instant Pickup in July 2017 as an online business that provides quick pickup and delivery of laundry at homes. In the same year, he also created Instant Apartment, an internet rental service for premium apartments. In his hometown of Calabar, Cross River state, and Uyo, Akwa Ibom state, he started Instant Ryde, an online taxi service, in October 2018.

Ubi Franklin was chosen by Cross River State Governor Benedict Ayade to serve as Special Adviser on Tourism in 2020.

Franklin is a public speaker as well. He spoke at the Youth Enterprise Conference that Otunba Akin Alabi, the founder of Nairabet, organised. At the Hub Business Conference hosted by the Commonwealth of Zion Assembly (COZA), he also appeared on stage alongside the veteran Nollywood actor Richard Mofe-Damijo and the former chairman of First Bank, Ibukun Awosika.

On November 1, 2015, Ubi Franklin was married to a Nigerian actress, Lilian Esoro, until February 3rd, 2021. The entrepreneur and actress’s marriage was dissolved on Thursday, January 28th, 2021 at the Abuja High Court. Lilian Esoro first filed for divorce in the Lagos High Court and it was denied. Ubi filed in Abuja and the divorce was granted. They are parents to a son, Jason, born on July 17, 2016.

Aside from Lilian Esoro, Ubi’s ex-wife, Ubi Franklin, has three other baby mamas. His first baby mama, Jennifer, gave him a daughter, Zenata. Ubi was in a relationship with Jennifer before he married Lilian Esoro, his second baby mama.

He currently has four children: two sons (Jayden and Shiloh) and two daughters (Zaneta and Ariella).

Franklin acknowledged that from July 2016 to March 2017, he battled to recover from depressive episodes that nearly resulted in him committing suicide. He was almost killed in Lagos by a man at a furniture store but was eventually rescued by his cousin, and the assailant was later arrested.

The “Ubi Franklin Startup Fund,” a platform for funding already-formed business ideas and plans, was introduced by Ubi Franklin in 2017. He has provided seed funding for various Nigerian start-up businesses.

Ubi Franklin is estimated to be worth $4 million.