Olawale (Wale) Edun has a background in economics, public finance, international finance, merchant banking and corporate finance at both national and international levels. Wale Edun was the Honourable Commissioner for Finance in Lagos State, an appointment he held for an unparalleled two terms (1999-2007). He is the founder of Denham Management Limited, Chairman of Livewell Initiative, a health sector Non-Governmental Organization(NGO) and a Trustee of Sisters Unite for Children, an NGO focused on helping children in need.  He also sits on the Board of a number of other companies. 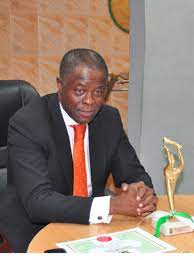 Wale Edun had a tremendous career in the financial sector both in national and international companies. He served as the Head of Treasury and Deputy Head of Corporate Finance at Chase Merchant Bank and he was in charge of the bank’s Treasury and Money Market activities he had major responsibility for Capital Market and Financial Advisory operations on behalf of the local subsidiaries and affiliates of major multinational companies.

During his time at Chase, he gained international experience while on secondment to the Wall Street firms of Lehman Brothers and Chase Manhattan Capital Markets Corporation in New York, USA. From 1980 to 1986, he worked at Chase Merchant Bank (later Continental) in Lagos.

He joined the World Bank/IFC in Washington DC, US through the elite Young Professionals program in September 1986. At the World Bank, Mr Edun worked on economic and financial packages for several countries in Latin America and the Caribbean, including the Dominican Republic and Trinidad as well as Indonesia and India in the Far East.

He has been the Chairman of Chapel Hill Denham Group since March 2008. In 1989, he returned to Nigeria as Co-Founder and Executive Director of Stanbic IBTC Plc(formerly Investment Banking & Trust Company Limited). In 1994, he founded Denham Management Limited. He also sits on the Board of a number of other companies. In 1999, he was appointed as Honourable Commissioner for Finance in Lagos State, a position he held for an unprecedented two terms under Senator Bola Ahmed Tinubu.

His background includes working for the World Bank/International Finance Corporation in Washington DC, USA, In this role, he was involved in assignments in India, the Caribbean and East Asia, amongst others. Wale also worked in merchant banking in Nigeria. He is a director of several other private businesses; and Chairman, of the Board of Trustees, Ogoni Trust Fund for the environmental Clean-up of Ogoniland in the Niger Delta of Nigeria.

Wale is an International Trustee of the Duke of Edinburgh’s International Award Foundation and Chairman of Lagos Boxing Hall of Fame, a registered non-profit youth development organization that runs amateur boxing in Lagos in conjunction with the Lagos Amateur Boxing Association.

Wale Edun has also been involved in several acts of Philanthropy, He is the Chairman of Livewell Initiative, a health sector Non-Governmental Organization(NGO) and a Trustee of Sisters Unite for Children, an NGO focused on helping children in need.

Wale Edun who is a friend to the former Minister of finance, Kemi Adeosun and served with Prof. Yemi Osinbajo in Lagos state, is married to Amy Adwoa Edun (née Appiah) who is a Ghanian, one of his sons, Adetomiwa Edun is an actor in the UK movie industry and another (Tobi Edun) is married to Folake Fajemirokun, daughter of Chief Oladele Fajemirokun, successful business magnate, entrepreneur, investor, venture capitalist, philanthropist and Chair­man of Xerox Company. Chief Oladele’s wife, Edith Korantema Fajemirokun (Koranteng) interestingly is also a Ghanian.

In October 2015 he was named as one of the Ministerial nominees to be screened by the National Assembly under the President Buhari led administration. Since then, nothing much has been heard about him.

Wale Edun who is a businessman and a known philanthropist sits on the board of various charity and non-governmental organisations and has impacted people through his numerous organisations.

There is no known award or nominations to his name in the public glare.

Wale Edun is a wealthy individual but does not live a flamboyant lifestyle. His estimated net worth is unknown.

He has no known social media handles.