Ann Agumanu-Chiejine (born February 2, 1974) is a Nigerian goalkeeper who competed for her country in the inaugural FIFA Women’s World Cup in 1991 and the 2000 Summer Olympics. She serves as an assistant coach for the women’s U17 squad from Nigeria. 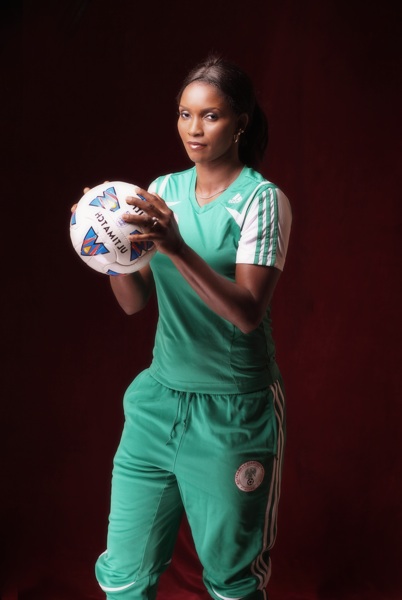 Ann Chiejine was born on the 2nd of February, 1974 in Imo State, Nigeria. She grew up in Lagos State, which falls within the Southwestern states of Nigeria. She attended Bolade Grammar School, Oshodi, Lagos.

Ann Chiejine started out as a sprinter before later switching to football after playing with some of the boys around her local area at the time.

While Chiejine was in secondary school, she engaged in a lot of sporting activities and this made her very popular among her school colleagues. So, when female football was introduced to the school, she joined the team, where she started playing as a winger.

In 1989, she joined CB Okoli, where the coach changed her from being a winger to a goalkeeper, which was said to be as a result of her height.

Not too long after that period, she was spotted and invited for national trials by the late Coach Jossy Lad. He was the one that drafted Ann Chiejine into the national team in 1990.

Ann Chiejine is one of the most iconic female footballers in Nigeria and the current goalkeeper’s coach of the Super Falcons, the country’s national female football team.

Ann Chiejine has accumulated great wealth in her football career. According to sources, she has an estimated net worth of $900,000.