Back to All Biographies
Christianity Novel

Reverend Areogun is the Founder and the General Overseer of The Dream Centre of the Life Oasis International Churches whose headquarters is located in Osogbo, Osun State, Nigeria.

He is an ordained minister of the Gospel, author, teacher, church planter, and mentor of leaders for the next generation with varied ministerial exposure and experience and serves the will of God in this generation.

He claims to have received His calling from the Lord, and has been in Ministry since 1984.In this same year, he embarked on a missionary journey, reaching out to villages and planting churches in stack virgin lands which was known as Redemption Faith Churches then. This became a great opportunity for a lot of youths to train for ministry.

In 1988, God spoke to him to conduct citywide special healing services in different towns where believers were taught on victory over sin, sickness and poverty. By November, 1989, the church arm of the ministry took off as he claimed to have been commissioned by God to raise people as an oasis of life and power of God in their world starting from Ilesha, Osun State, Nigeria and going forth to touch the globe.

In 1990, he began holding Bible conference for believers in major cities in Nigeria, through this, various churches came together to receive light from God’s word. This lasted for about six years

He claimed he was taken in a vision in 1996, where he stood before the Lord with other servants of God in his country where each person was being assigned for destiny appointments to their generation. When it was his turn to pick from a basket, he stepped out and picked a paper with the bold inscription committed to helping men realize their God-given dreams in life

He is married to Oyenike Areogun, who is also an ordained Minister of the Gospel and the senior pastor of the Dream Centre of the Life Oasis Int’l Church and the host of the popular Television program: JOY OF EVERY WOMAN, where she teaches deeply about matters that bother on women, marriage, ministry and career. They have two children, Joshua and Peace Areogun who are also involved in the ministry.

He and his wife host many programs, some are:

In an article published by Daily Mail Nigeria on May 2017, Olusola Areogun strongly opined against and criticized a recent practice in Nigeria, where comedians perform and entertain people in church, claiming they are desecrating the holy things of God.

Also, in an article published by The Guardian on 31 December 2016, titled 2017: Thriving in recession, Rev.Olusola Areogun opined that, “The greatest liability in life is a bad attitude.” 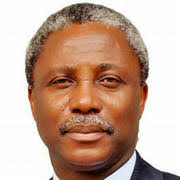 Sola Areogun Ministries operates her own publishing/printing press, named Abundant Life House and it has published over 130 publications in May, 2016. Some books authored by him and his wife from the established press include: Early Life The Nigerian self-acclaimed & controversial Instagram Prophet, Adelana Adekunle Solomon was born on May 5th, 1987 in his…