Oyinkansola Sarah Aderibigbe, professionally known as Ayra Starr, is a Nigerian singer, songwriter and model. She began a fashion career at the age of 16 with Quove Model Management before deciding to pursue a career in music. She is signed to Mavin Records, with Don Jazzy as the record label executive. 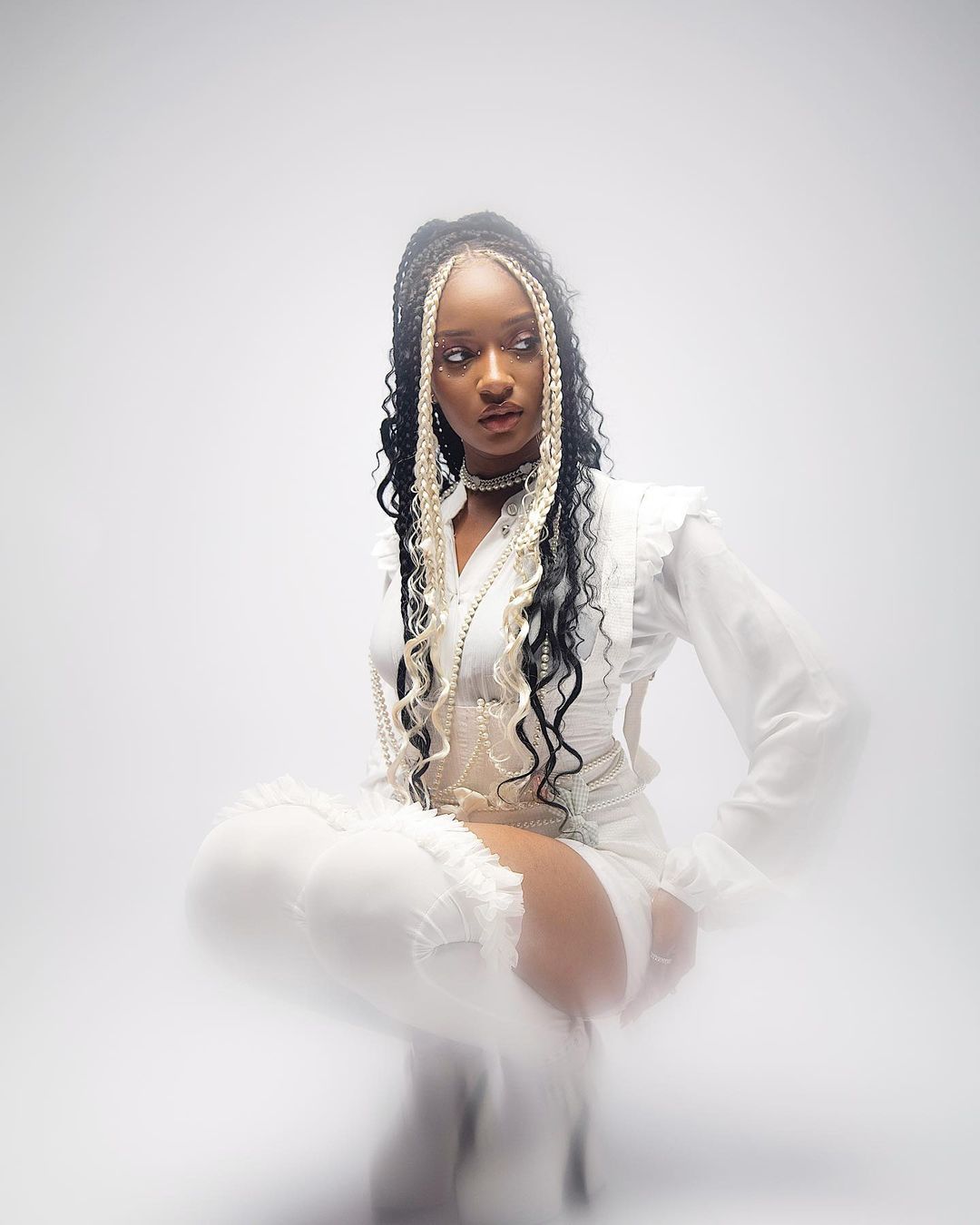 Oyinkansola Sarah Aderibigbe was born on 14 June 2002 in Cotonou, Bénin Republic and grew up there and in Lagos, Nigeria. She was born to Nigerian parents from Kwara State and has four siblings: brothers, Ade and Dami, and two sisters, Tolulope and Jesutunmise. Her family moved frequently during her high school years because of her father’s business, and as a result of that, she had a hard time forming close friends.

She was raised in a music-loving family, and her interest in singing comes mostly from her family. At the age of 10, she sang in a high school choir and began writing songs with her brother. She attended Les Cours Sonou University and received a BA degree in international relations and political science. During her college years, her classmates often bullied her because of her age and appearance. To counter the feelings she experienced from being taunted, Ayra Starr turned to music by listening to Nicki Minaj’s music on her way to school. Ayra Starr’s mother was very supportive of her musical ambitions and always encouraged her to pursue a singing career.

In August 2018, she began her career as a model, Arya was signed to the Quove Modelling Agency in Lagos, where she worked with top brands like Krisari Entertainment, Mazelle studio, Concept Magazine, and Esperanza Women’s Wear Brand.

Ayra ‘s breakthrough music career came in 2020 when music producer and label owner Don Jazzy stumbled on her profile and got blown away by her original work upload “Damage”. Later on January 21st, 2020, Arya was officially announced as a signee of Don Jazzy’s Marvin Records Label with the likes of DNA Twins, Koredo Bello, Johnny Drille, Rema, and Crayon.

The publication of her debut EP project ‘’Ayra Starr’’, entitled with a total of 5 tracks issued under the Marvin Records label on January 22nd, 2021, demonstrated how the magnificent voice exudes flexibility as her distinctive style mixes RnB/neo-soul with Afro-pop rhythms. The EP quickly rose to the top of Nigeria’s iTunes and Apple Music charts after its release.

Amassing over 15 million listens on major streaming music platforms, the top-charting EP continues to make waves presently. The music video for her EP’s smash track “Away” aired on MTV Base’s Official Naija Top 10 and was included in OkayAfrica’s list of The 9 Best Nigerian Songs of January 2021.

Ayra Starr lost her dad to the cold hands of death in 2018. This loss affected Ayra a lot because she was very close to her father. She has written and sang some songs as a tribute to her dad. She lives with her mother and brother in the Mainland part of Lagos.

Ayra Starr has no boyfriend or husband for now.  Her current hit song, “Away” details the pain she faced after leaving her last relationship. She sings about being liberated and finding strength in it. She has also revealed that she freestyled some of the verses.

She has released many songs, some of which are below;

There is little information as regards her net worth because she just started her music career only recently. There are only speculations that her Net worth is estimated at $400,000.