Daniel Akpeyi (born August 3, 1996) is a talented professional footballer from Nigeria. He plays as a goalkeeper for a football club in South Africa, Kaizer Chiefs, and also for the Nigerian national team, Super Eagles. 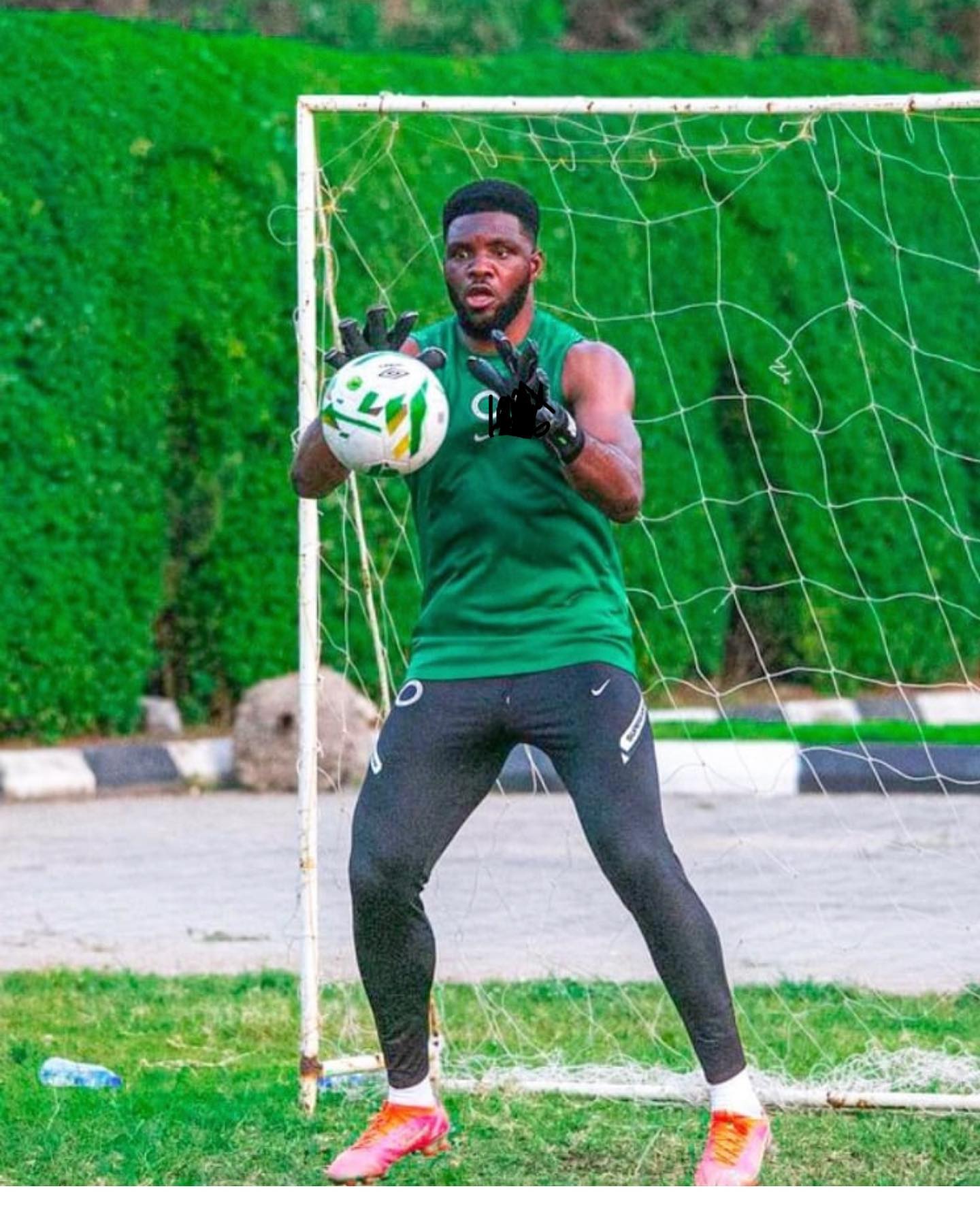 Akpeyi started his professional career with Gabros International F.C., was raised to the first team in 2005, and then signed to Nasarawa United F.C. in January 2007.

When Heartland F.C. competed in the 2010 CAF Champions League, Akpeyi was once more the player of choice. He was reported to have left Heartland in February 2014 to join league rivals Warri Wolves, however, a few days later, Heartland refuted the report in an official statement, saying they had no plans to offload their starting goalkeeper.

However, the agreement was once more finalized the following month, and Akpeyi joined Warri Wolves. He agreed to a two-year contract with Chippa in 2015. He joined Kaizer Chiefs in 2019.

Despite being a part of the 22-man squad before the 2008 Summer Olympics in Beijing and the 2005 FIFA World Youth Championship for Nigeria in the Netherlands, Akpeyi did not play in either competition. In addition, he was selected as Chigozie Agbim’s backup for the 23-man roster for the 2014 African Nations Championship.

Prior to the 2014 FIFA World Cup, Akpeyi was included in the 30-man provisional team on May 6, 2014. He received his first full cap in 2015 after being called up to replace an injured Vincent Enyeama in the friendly match against South Africa. In his Man of the Match performance, he was praised for his outstanding defending and for saving a penalty.

He was chosen by Nigeria for their 35-man provisional Olympic team in 2016. He was included in Nigeria’s initial 30-man squad for the 2018 FIFA World Cup in Russia in May 2018.

The team’s final 23-man squad for the 2019 Africa Cup of Nations included Akpeyi. In the team’s opening two games, he recorded two shutouts. Ikechukwu Ezenwa gave up twice as Nigeria lost 2-0 to Madagascar in the group’s last match. In the round of 16 encounters against Cameroon, Akpeyi was back in the starting lineup and allowed 2 goals in his team’s 3 – 2 triumph.

By signing a two-year contract on January 29, 2020, Akpeyi extended his deal with the South African Premier Soccer League and committed to playing with the Amakhosi until June 2022. He was chosen on December 25, 2021, as one of the final 28 players for Nigeria interim coach Eguavoen’s 2021 Africa Cup of Nations team.

Daniel Akpeyi is happily married with one male child named Prince Jason Akpeyi, who was born in 2018. The name of his wife is Emmanuella Ebert-Kalu. The couple got married in December 2016.

The non-profit Daniel Akpeyi Children Empowerment Foundation (Dacef), established in 2020, is credited as being formed by Daniel Akpeyi. The foundation’s mission is to support Africa’s development by assisting underprivileged kids in receiving a high-quality education. The DACEF recently made contact with residents of Johannesburg and Gauteng during the Covid19 global lockdown.

According to the analysis made from different sources online, Daniel Akpeyi has an estimated net worth of $1 million. He actualized his wealth from his football career.