Sani Goriola Wasiu (born June 13, 1998), professionally known as Lil Frosh, is a Nigerian rapper, songwriter, and singer. Lil Frosh is the inventor of the Yoruba street slang “Sonto Poilo Firi Yahoo” and “Firi Yoyo”. Lil Frosh is known for his rap and street-centred songs, and is also popular with the street-oriented name “Eruku Makanaki.” 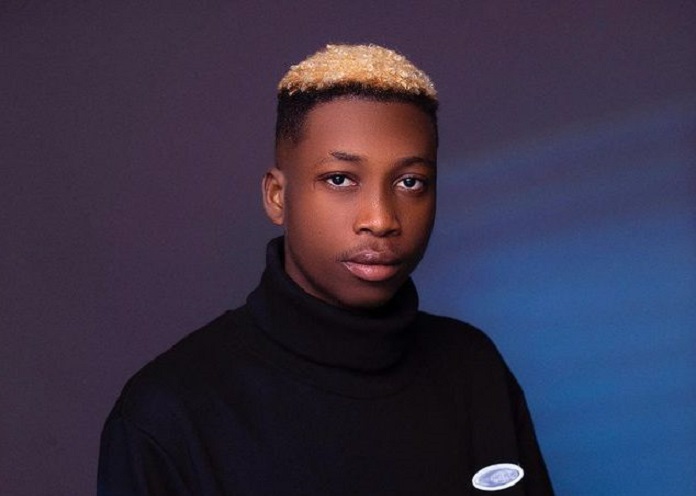 Lil Frosh was born on June 13, 1997, in Agege, Lagos State, Nigeria. He was born into the family of Mr and Mrs Wasiu. He had his primary and secondary school education in the Agege area of Lagos State. The

Lil Frosh began his musical career at a relatively young age, improved his craft, and tended to include slang from the streets more frequently in his songs. He released a freestyle in 2019 called “Sonto Poilo Firi Yahoo,” which received many reposts and led to several celebs sharing the one-minute freestyle videos on their Instagram accounts. His freestyle established him as one of the rapidly developing rappers in the Nigerian scene.

Later, he could be seen performing in a number of freestyle videos with his accomplished friend Zinoleesky, who is currently signed to Marlian Records. Lil Frosh was contacted by Small Doctor to appear in the song’s remix while the street lingo “Firi Yo” was popular and trending. Lil Frosh’s fan base grew when the remix was published, and he was eager for greater popularity as he was never seen unwinding.

On the 26th of October 2019, Davido was spotted promoting Lil Frosh as the newest artist to be signed to Aloma Music Worldwide, which is owned by his PA, Aloma, and is a record label that is closely affiliated with Davido Music Worldwide.

Davido was also introduced at one of the biggest African music festivals, “African Music Fest,” in Dubai, where he was hailed as a rising star. The AMW/DMW member just released the songs 50 Fifty and Kolere Body, which also features Mayorkun, a member of DMW.

After the end of his previous relationship with Okeoghene Gift, Lil Frosh is not known to be in any relationship. Camille, popularly known as ThaCutegeminme, is a Nigerian model. She was Lil’s frosh girlfriend.

He was accused of beating up his girlfriend, Okeoghene Gift Camille, in October 2020. She is also known as ThaCutegeminme, a Nigerian model. In response to the allegation, Lil Frosh’s record label boss terminated the artist’s contract due to domestic violence. Since that time, there has been no indication of a relationship between the two of them.

Prior to having his contract with Davido’s record company, DMW, the contract was cancelled due to domestic abuse. According to reports, Lil Frosh beat his lover so severely that her face swelled. After hearing about the event, Davido made the decision to sever Lil Frosh’s relationship with DMW.