Noah Arinzechukwu Okafor (born May 24, 2000) is a Nigerian and a Swiss professional football player who competes for the Swiss national team and Austrian Bundesliga club Red Bull Salzburg as a midfielder. 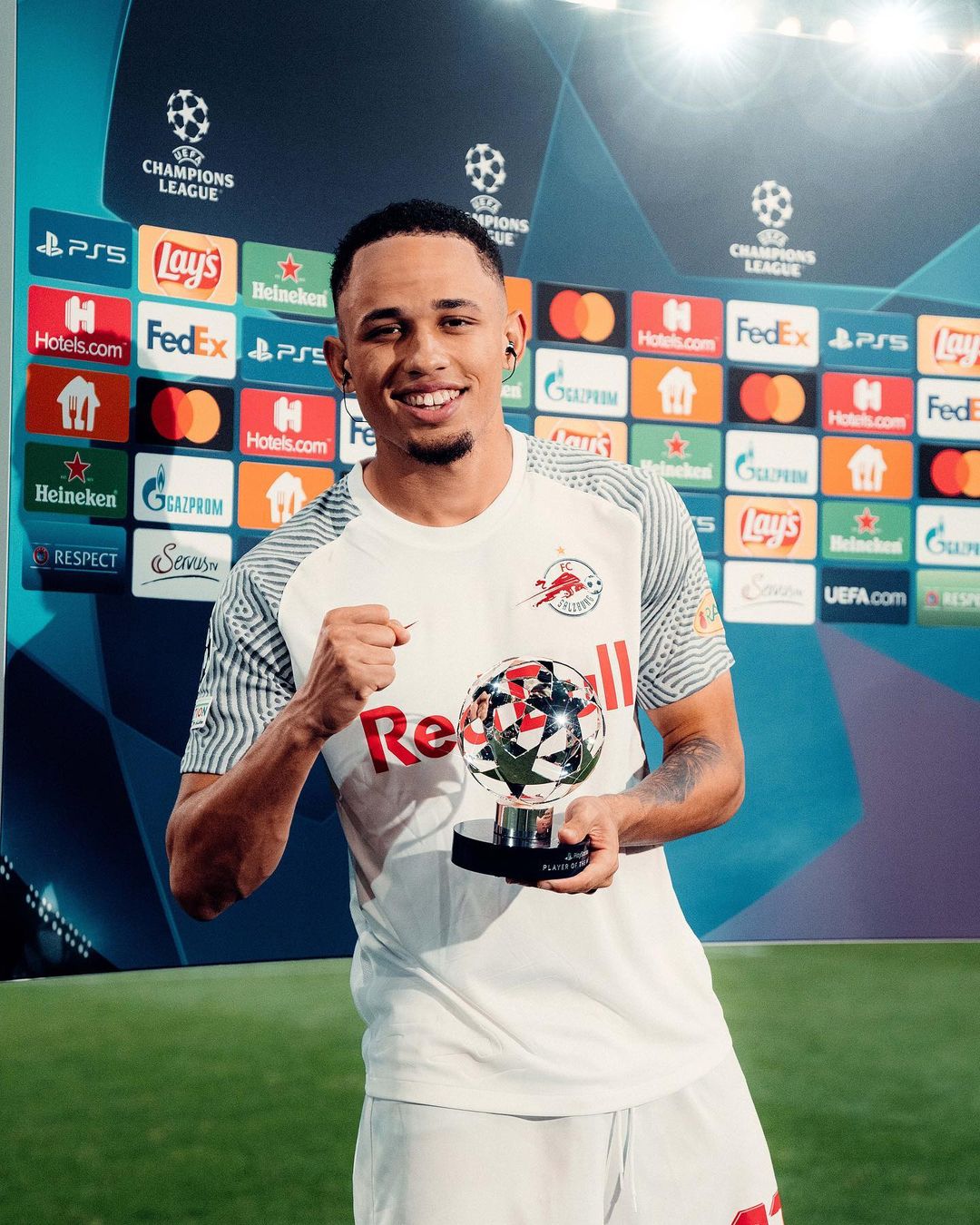 Noah Okafor was born on May 24, 2000, in Binningen, Switzerland to a Nigerian father (Christian Okafor) and a Swiss mother (Nicole Okafor), as one of five children in his family. When Noah Okafor started walking at the age of eight months, his father discovered that his son had sporting skills. And when two-year-old Noah started riding a bicycle without training wheels, it is practically impossible for a two-year-old anywhere in the world to ride a bicycle without the training wheels’ support.

All he wanted as a little lad was to play on a football team. Little Noah decided to visit the neighbourhood football field in Arisdorf one day with the hope of joining the neighbourhood squad. The unfortunate kid had no idea that Markus, the youth coach, would reject him right away. Without the required football gear, Noah headed there. He enjoyed watching other youngsters play football and tried to join them.

Noah had the bravery to approach Markus Schweizer, the coach of the Arisdorf club, even though he was aware that he lacked the required equipment. Markus Schweizer, FC Arisdorf’s junior coach, began by examining Noah, who was then eight years old. The instructor then gave a headshake before addressing the youngster that he needed the right material for football training, and that he should come back if he has indoor shoes and Shin guards.

He ran back home to pressure his dad for some kits, which his father obliged and got some sports kits for him. He returned back to training to the surprise of the youth coach who got him on the team.

Okafor made his football debut for the neighbourhood club FC Arisdorf. He moved to FC Basel in 2009 and played for all of their youth squads. Okafor signed his first professional deal on January 31, 2018. On May 19, 2018, he made his first appearance for their first team at home against FC Luzern. The game ended in a 2-2 draw when coach Raphael Wicky replaced the injured Mohamed Elyounoussi in the 34th minute. On July 28, 2018, during a 1-1 away tie against Xamax in the second round of the 2018–19 season, he scored his first goal for his club.

Basel won the Swiss Cup in the 2018–19 season under coach Marcel Koller. Basel defeated FC Montlingen 3-0 in the first round, Echallens Région 7-2 in the second, and Winterthur 1-0 in the sixteenth round. Sion was defeated 4-2 in overtime in the quarterfinals, and Zürich was defeated 3-1 in the semifinals. These contests were all played away from the house. The championship match against Thun took place on May 19, 2019, at the Stade de Suisse Wankdorf in Bern. Basel forward Albian Ajeti scored the game’s opening goal; Fabian Frei added a second, and Dejan Sorgi added a goal for Thun, but Basel ultimately won 2-1. Okafor participated in four cup contests and scored against Zürich in the semifinal.

Okafor signed a contract with Red Bull Salzburg on January 31, 2020. On December 8, 2021, Okafor scored the game’s lone goal as Salzburg overcame Sevilla in the last Champions League group stage encounter. With the victory, Salzburg advanced to the Round of 16 and became the first Austrian team to ever reach the Champions League knockout rounds.

Okafor participated in a number of international contests for the Swiss U-15 and U-17 teams. On May 9, 2018, he participated in his first game for the U-18 team, a 1-1 draw with the Italian U-18 team. He replaced Haris Seferovic in the 113th minute of the 2019 UEFA Nations League third-place match against England, marking his senior national team debut.

On November 15, 2021, Okafor scored his first goal for Switzerland against Bulgaria in a World Cup qualifying match. The victory gave Switzerland automatic qualification for the 2022 FIFA World Cup.

Noah loves to keep his relationship life private, but it is known in the media that he is currently in a relationship with a beautiful lady named Alayah Pilgrim.