Ola Aina (born October 8, 1996) is a professional footballer from Nigeria, who plays as a wing back for a Serie A football team, Torino, and Nigerian national team, Super Eagles. His full name is Temitayo Olufisayo Olaoluwa Aina. 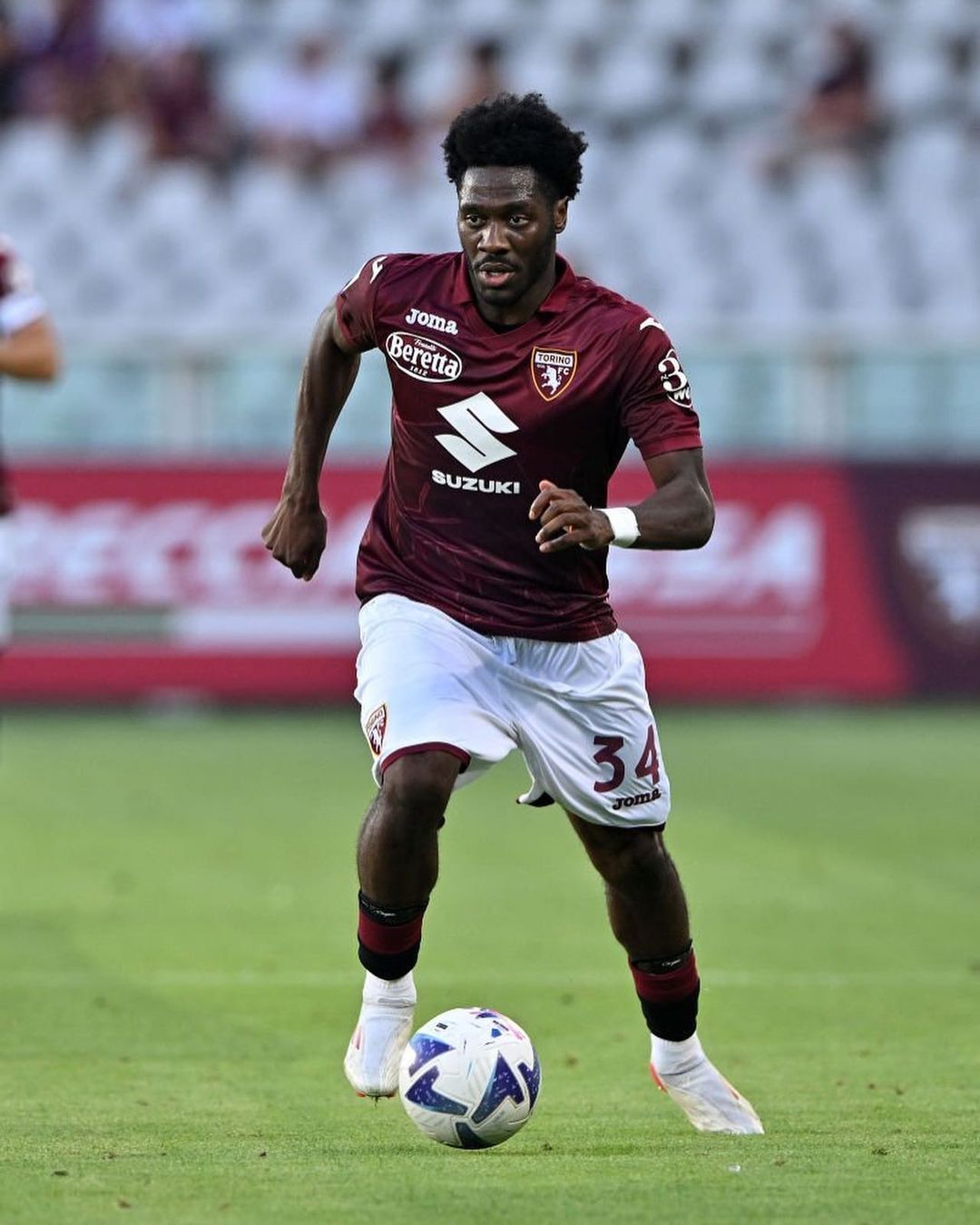 Ola Aina was born on the 8th of October, 1996, in Southwark, London, England, to Yoruba Nigerian parents. He had his early life, mostly in England, one of the European countries.

Ola Aina joined Chelsea when he was just 11 years old, made his youth team debut as a teen in the 2012–13 season, and went on to start in both legs of the FA Youth Cup semifinal and final. He has previously played for Chelsea at the under-18, under-19, and under-21 levels during his junior career. Following Todd Kane‘s injury, Aina made his first-team debut against AFC Wimbledon on July 19, 2014, in a preseason friendly.

Aina declined a new contract because he didn’t have many chances to play for the first team. On July 11, 2017, Chelsea revealed they had loaned Aina to Hull City of the Championship. During the first day of the season, August 5, 2017, he made his debut against Aston Villa, which resulted in a 1-1 draw. On January 6, 2018, he scored the lone goal as his team defeated Blackburn Rovers 1-0 in the third round of the FA Cup.

After agreeing to a new three-year contract with Chelsea, Aina joined Italian club, Torino, on a season-long loan on August 14, 2018. A few days later, he made his Serie A debut in Torino’s 0-1 loss to Roma at home on an opening day, replacing fellow right-back Lorenzo De Silvestri, who left the game with an injury after only 25 minutes. On February 2, 2019, Aina scored his first goal for Torino against Udinese. Aina made 30 Serie A appearances for Torino.

Aina’s option to permanently leave Chelsea on June 11th was exercised for a rumored sum of £9 million. In Turin’s second season, he played 37 times across all competitions as a regular once more.

Aina returned to the Premier League on September 11, 2020, when he signed a season-long loan with Fulham, with the possibility of a permanent contract. Aina scored his first goal for the team and in the Premier League on November 2 during a 2-0 victory over West Brom at home. He shot from outside the penalty area into the top-left corner. Later, the Premier League chose the goal as its monthly winner.

Aina has represented England at the under-16, under-17, under-18, under-19, and under-20 levels. Aina committed his future to Nigeria in May 2017 and got a Nigerian passport in anticipation of moving from England to Nigeria. He received his first call-up to play for Nigeria that same month.

Ola was included in Nigeria’s official 30-man World Cup squad in May 2018. Later, he was brought back into the team and significantly contributed to the side’s qualifying for the Egypt-hosted 2019 Africa Cup of Nations. He participated in the opening game against Burundi, helping to set up the game’s lone goal.

Ola Aina is well-known on social media platforms such as Instagram and Twitter, where has verified accounts with 241,000 followers and over 56,000 followers respectively. You can follow him through the following social media handles.