Onome Ebi (born May 8, 1983) is a professional footballer from Nigeria who plays as a centre-back for Belarusian Premier League club FC Minsk and the Nigeria women’s national team, Super Falcons. She has participated in five FIFA World Cup competitions which makes her to be the first African footballer to do so in 2019. 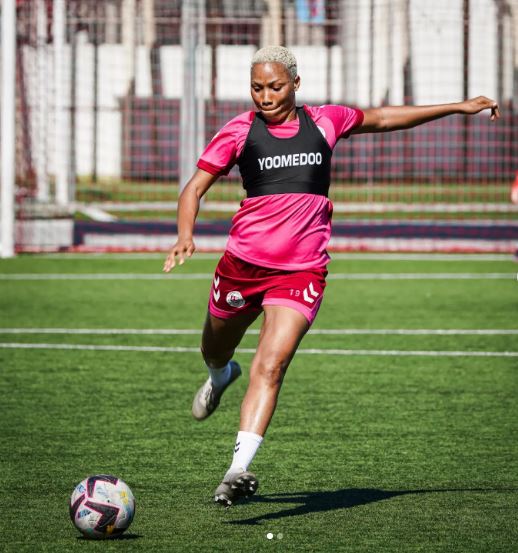 Onome Ebi was born on the 8th of May, 1983, in Lagos, which falls among the states in the South Western region of Nigeria.

Before moving to Pite IF and Djurgrdens IF in Sweden’s Damallsvenskan, Onome Ebi began her career playing for Bayelsa Queens FC in the Nigerian Women’s Championship.

Due to its significance to her, Ebi typically gets to wear the team’s number five shirt throughout both club and international matches. The jersey number was already taken when she got to Minsk, so she requested the number 55 instead. She got a contract with Henan Jianye of China’s second division in 2018.

Onome Ebi has an estimated NetWorth of $1 million. She actualized her wealth from the football game.