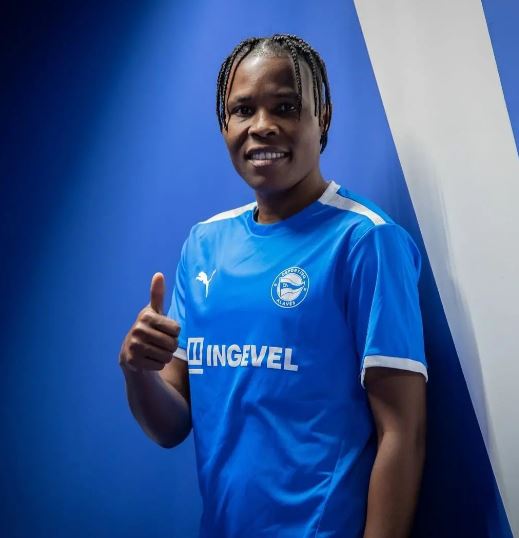 Osinachi Ohale was born on the 21st of December, 1991, Owerri, Imo State, which falls among the states in the South-Eastern part of Nigeria.

Ohale spent the entire 2014 season playing for Houston Dash in the National Women’s Soccer League before joining Rivers Angels in her native Nigeria.

She signed up with Swedish Damallsvenskan team Vittsjö GIK in 2016, appearing in 22 matches before moving to Vaxjo DFF in August of 2018.

She made a permanent transfer to Spanish club CD Tacón on September 11, 2019, and three days later, she played in the team’s 3-0 win over Sporting de Huelva.

Ohale left Spanish club CD Tacon, which was renamed as Real Madrid in June 2020, after her contract with the Primera Iberdrola team expired. On July 30, 2020, she signed for A.S. Roma Women. She signed a one-year contract to play for the Serie A Women’s League team for an undisclosed sum.

Osinachi Ohale has actualized wealth in her professional football playing career. Different sources have claimed that she has an estimated net worth of $1.5 million.