Umar Sadiq Mesbah (born February 2, 1997) is a Nigerian professional footballer from Kaduna state, Nigeria. He plays as a forward for La Liga club UD Almería and the Nigeria national team. Sadiq won a bronze medal at the 2016 Summer Olympics. 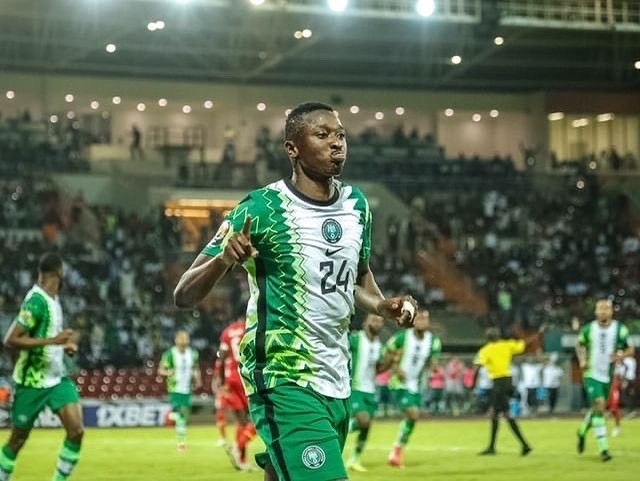 Umar Sadiq was born and grew up in Kaduna state, Nigeria in a family of four, two boys and three girls. He attended Standard Foundation School for his nursery, primary, and secondary education.

Sadiq was inspired by his father, His father, Umar Abubakar, also known as “Mega“, was a footballer, and was a striker for Ranchers Bees back then. He revealed that when he was young, he loved watching Ronaldinho of Brazil, Garba Lawal, Daniel Amokachi, and Tijjani Babaginda.

He began playing football on the streets of Kaduna when he was little. He played for a local team called Kusa Boys before entering the Future of Africa Academy and the Football College, Abuja.

In 2013, at the of 16, Umar Sadiq traveled with the Future of Africa Academy (FCA) to Croatia, where they participated in the Kvarnerska Rivijera youth tournament. He finished as the top scorer and he was one of the players who helped the team be a champion.

After the competition in Croatia, Sadiq was spotted by AC Spezia, a football club in Italy, where he was acquired. The club did not give him the chance to play in the first team but he played regularly for the youth setup.

A year after, Sadiq became the Campionato Primavera’s top scorer, tallying an impressive 26 goals in 24 games in the 2014–15 season. Sadiq was loaned to Serie D side Lavagnese, making his senior debut in the final round of the 2013–14 season.

Sadiq and his teammate Nura Abdullahi were loaned to Roma in July 2015 on a one-year contract for €250,000 each, with a buyout clause of €1,250 million per player. After scoring 8 goals in his first three Primavera matches for Roma, Umar made his first Seria A appearance on the 21st of November, replacing Juan Iturbe against Bologna.

After the amazing performances by Sadiq, it was announced on June 21, 2016, that Roma signed Sadiq and his colleague Nura permanently until June 30, 2029. For the 2017 International Champions Cup, he came to the United States with the first team. He made one appearance against Paris Saint-Germain and scored, but Roma lost on penalties.

Sadiq Umar was loaned out on the 31st of August 2016, to Bologna till the end of the season, where he appeared in seven Serie A games, before returning to Roma.

Sadiq was included in the final 18-man Nigerian Olympic squad list in July 2016. He participated in all six of his team’s games and produced four goals, including a brace against Honduras in the third-place triumph.

Sadiq was called up to the Nigerian national squad for the 2022 African Cup of Nations qualifying matches against Benin and Lesotho on March 27 and 30, respectively, following two productive seasons in Partizan and a move to the rising Almera.

Umar Sadiq is estimated to be one of the young Nigerian richest footballers but his networth is currently unavailable.