Themba Zwane is a South African footballer who plays as a midfielder for the Premier Soccer League club, Mamelodi Sundowns. He also plays for the South African national team, The Bafana Bafana. 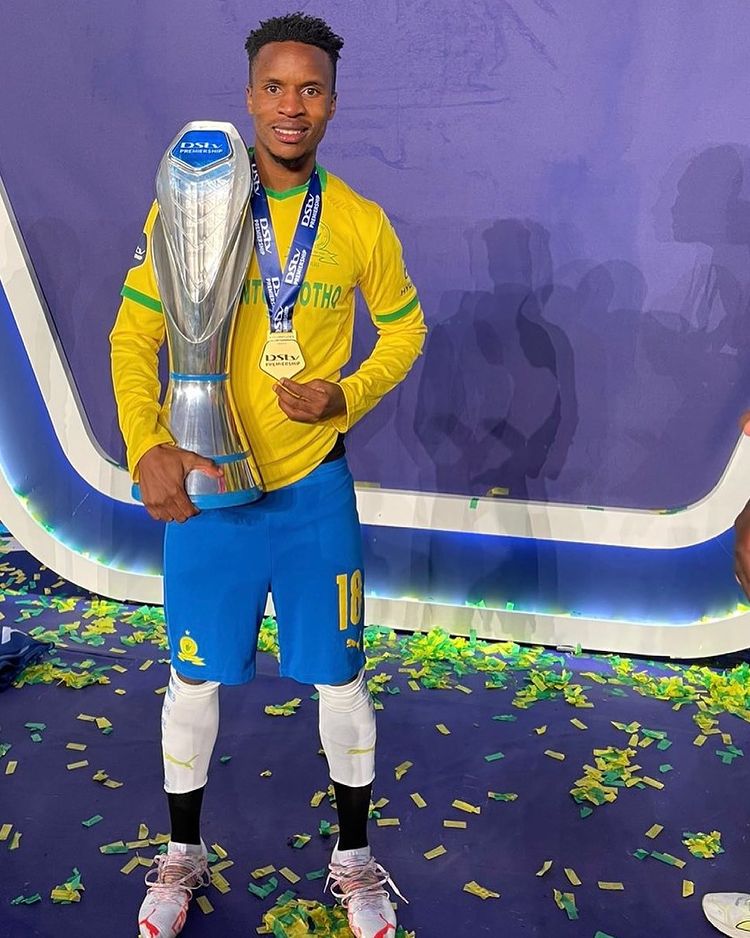 Zwane was born on the 3rd of August 1989 in Soweto, South Africa. Unfortunately, There is much information about his early life and education.

Zwane started his professional football career in 2011 when he was signed to Mamelodi Sundowns. However, before then, he had played football for some clubs like M tigers and Vardos FC.

While he was at Sundowns, he was loaned to Mpumalanga Black Aces from 2013 to 2014 but later returned to Mamelodi Sundown. In 2016, he made his debut appearance for the South African National team.

Zwane is happily married to his High School love, Lizzy Likhayo and blessed with two beautiful children. The couple loves each other and Zwane is a man who cares for and prioritizes his family.

For 10 years, Zwane has been playing professional football and has a decent lifestyle. His salary at Mamelodi Sundowns is pegged at R250,000 and has an estimated net worth of $200,000. Currently, he is reliant on his salary as a footballer.