Back to All Biographies
Banking Football (Soccer)

Ahmed Musa (born 14 October 1992) is a professional football player from Nigeria who competes for the Nigerian national team and Turkish Süper Lig club Sivasspor as a forward and left winger. After scoring twice against Argentina at the 2014 FIFA World Cup, Musa became the first Nigerian to score more than once in a game.

After scoring twice against Iceland in the group stage of the 2018 FIFA World Cup, Musa became the first Nigerian to score in two World Cup events. Musa was a member of the Al Nassr team that captured both the Saudi Super Cup and the Saudi Premier League in 2019. 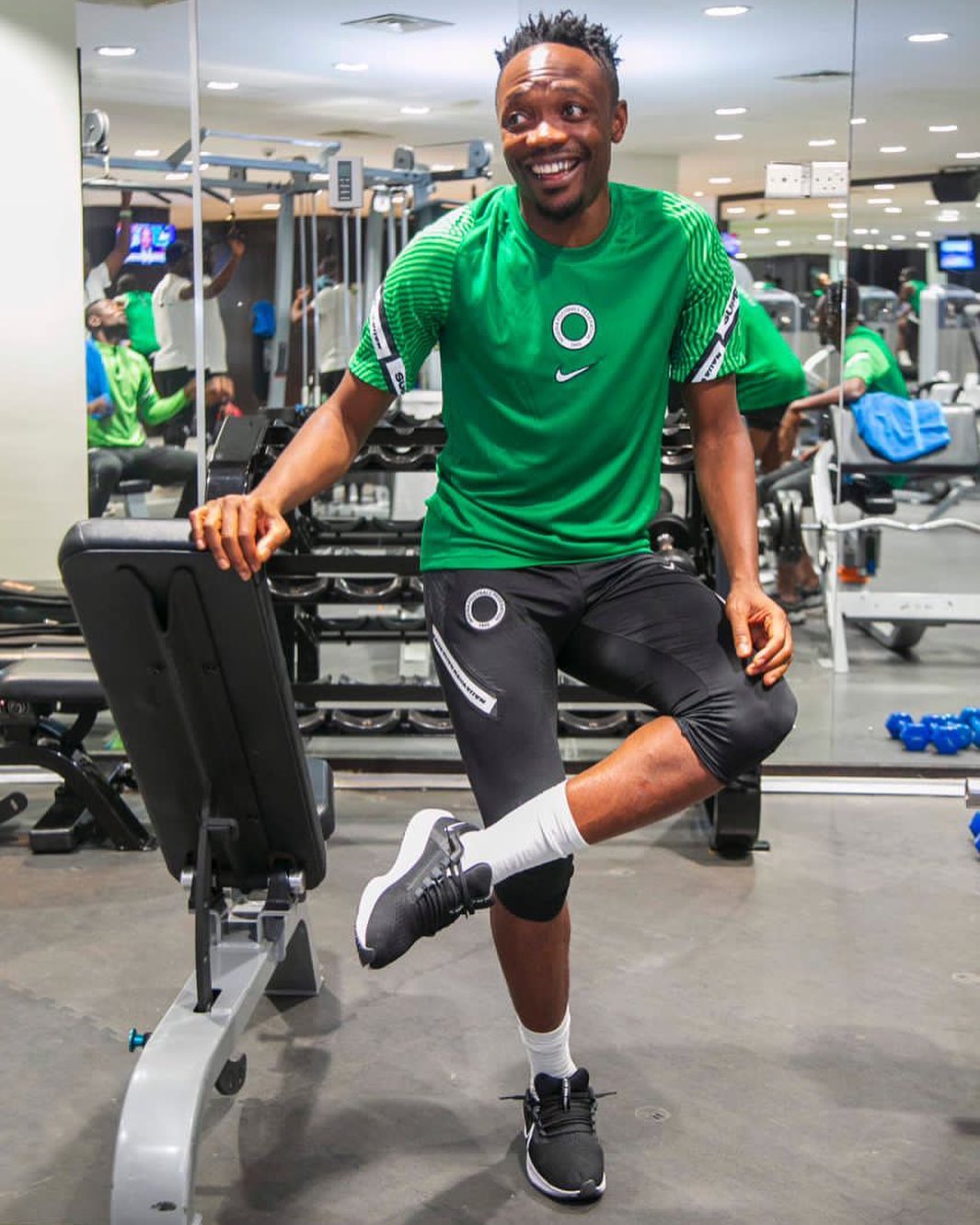 Ahmed Musa was born on the 14th of October, 1992, in the city of Jos, Plateau State, Nigeria, to Alhaji Musa and Sarah Moses. His mother, his father’s second wife, is an Edo State-born Christian, and his father is a Muslim, hailing from the state of Borno in northern Nigeria.

Musa’s mother was the only person to raise him and his four older sisters after his unexpected death when he was a child. Musa’s mother encouraged him to pursue his dream of playing professional football after realising how talented he was at a young age when he was playing with Aminchi Football Club.

He started his career at GBS Football Academy, where his performances led to a mention in the Undiscovered Talent section of a nearby newspaper. The 16-year-old Musa was loaned to the now-defunct JUTH FC of the Nigerian Football League the following year. He participated in 18 games for the team in all, scoring four goals.

Musa was once again loaned to the Kano Pillars for the 2009–10 campaign, when he dominated the league with 18 goals in 25 games, propelling the team to a second-place finish. His accomplishments earned him a position in the Nigerian team for the 2010 WAFU Nations Cup, where his goals helped Nigeria win the competition. He was subsequently called up to the senior team, but an injury prevented him from competing in the 2010 FIFA World Cup.

In the summer of 2010, Musa was transferred to the Dutch club VVV-Venlo, but the transfer was delayed because he was only 17 years old and hence ineligible for an ITC under the then-current FIFA regulations. When he eventually turned 18 on October 14, 2010, he became lawfully entitled to play for VVV-Venlo.

On October 30, less than a week after joining the team, Musa made his VVV-Venlo debut against FC Groningen. For VVV-Venlo, he got the game going before being fouled in the 50th minute and was awarded a penalty kick. Lolade Adewuyi of Goal.com listed him among the Top Ten Nigerian International Players of 2010 and placed him in the IFFHS ranking of the top 140 players worldwide. Goal.com listed him among the 100 hottest young football stars in the world to watch in 2011.

Ahmed Musa earned the AIT footballer of the year award (national) on March 8, 2011. The Presidential Hotel in Port Harcourt, Rivers State, served as the location for the wedding. Asamoah Gyan, a Ghanaian who won the BBC African Footballer of the Year award, and senior members of the Nigerian football federation, including its president, Aminu Maigari, attended the event.

Ajax scout Tijani Babangida stated that Ajax was interested in Musa in April, but that the decision would be made at the conclusion of the current campaign, according to Mario Captien, the football director of Venlo, who also claimed that representatives of Tottenham Hotspur had visited the club regarding the player.

On May 1, 2011, Musa scored twice to defeat Feyenoord 3-2 and allay any remaining worries about immediate relegation from the Eredivisie. Musa made his 2011–12 season debut at home against AFC Ajax in August 2011, having just returned from the 2011 FIFA U–20 World Cup in Colombia, and he scored two goals. On Eredivisie Live in September, VVV-Venlo chairman Hai Berden said that the club had rejected the Bundesliga’s last-minute offer of €10 million for Musa. The Bundesliga team’s identity was kept secret.

Musa committed to CSKA Moscow on January 7, 2012, for an unknown sum. He added a late consolation goal to a 5-1 UEFA Champions League road loss to AS Roma on September 17, 2014. Musa extended his four-year deal with CSKA on June 1 to the end of the 2018–19 campaign. He was one of just seven players age 23 or younger to score double digits in goals in each of the previous two seasons in Europe’s top seven leagues. He concluded the 2015–16 Russian Premier League season as the league’s fifth-highest scorer.

For a club record £16.6 million, Musa joined Leicester City on July 8, 2016. In a friendly game against Barcelona during the 2016 International Champions Cup, in which the team lost 4–2, he scored his first goal for the club. On August 13, 2016, he made his Premier League debut during the team’s 2-1 loss to Hull City on opening day. On October 22, 2016, he opened the scoring in a 3-1 victory over Crystal Palace, giving him his first Premier League goal.

By January 2017, Musa had contributed 0.5 vital passes, 0.3 crosses, and 1.2 successful dribbles on average per game. However, he did not record an assist for the team.

Musa went back on loan to CSKA Moscow on January 30, 2018, for the balance of the current campaign. Musa made a permanent move to the Saudi Arabian team Al Nassr on August 4, 2018. Al Nassr revealed that Musa was leaving in October 2020. According to rumours, West Bromwich Albion of the Premier League was planning to sign Ahmed Musa during the January transfer window for the 2020–21 campaign.

Musa returned to the Nigerian team Kano Pillars on April 13, 2021, for the remainder of the 2020–21 campaign. After a brief stint with Kano Pillars in the Nigerian Professional Football League, he returned abroad to the Turkish Super League, and he signed with Sivasspor on a two-year deal on August 2nd, 2022.

He was called up to the Nigeria national football team camp in April 2010 by Coach Lars Lagerbäck in preparation for the 2010 FIFA World Cup in South Africa after scoring a goal against Benin to help the Nigerian squad win the 2010 WAFU Nations Cup. His goal deep into extra time against Burkina Faso in the same event sent Nigeria into the competition’s finals in Abeokuta. However, an ankle ailment kept him off the 30-man Super Eagles World Cup roster.

Musa made his senior team debut for Nigeria on August 5, 2010, against Madagascar in a qualifying game for the 2012 Africa Cup of Nations. He replaced Mikel John Obi in the 2-0 victory. Musa’s first Super Eagles goal came against Kenya in a friendly match in March 2011.

Ahmed Musa was selected for the Nigerian national under-20 football team in April 2011, even though VVV Venlo had ruled him ineligible for the competition due to club obligations. The team was competing in the 2011 African Youth Championship qualifications. The Nigerian Football Federation, VVV Venlo, and Musa’s representatives were all involved in lengthy negotiations before it was decided that Musa would travel back and forth between the Netherlands and South Africa in order to compete with the national team. Musa received the most valuable player award during the opening match against the reigning champions, Ghana, and then got on the next flight home to the Netherlands.

Musa participated in the 2011 FIFA U-20 World Cup in Colombia in August on behalf of Nigeria’s U20 team, scoring three goals in five games. FIFA selected Musa for a shortlist of 10 finalists for the Adidas Golden Ball, which was given to the FIFA U-20 World Cup player who excelled the most. Ahmed Musa was one of the four finalists for the Confederation of African Football’s Most Promising Talent Award on December 7, 2011, but Souleymane Coulibaly of the Ivory Coast won.

Musa was selected for the 23-person Nigerian team competing in the 2013 Africa Cup of Nations. He scored in a 4-1 victory over Mali in the semifinals, and in the Super Eagles’ third continental championship victory over Burkina Faso, where he participated in five of the team’s six games overall, and started all three of the team’s games at the 2013 FIFA Confederations Cup despite their group-stage elimination.

Musa was included in Stephen Keshi’s team for the 2014 FIFA World Cup after participating in every one of Nigeria’s qualification games. He contributed two goals to the team’s 3-2 loss to Argentina in their final Group F game. After Vincent Enyeama retired from international football in October 2015, Nigerian coach Sunday Oliseh named Musa the team’s captain. In 2016, Mikel John Obi was named captain of the Nigerian team, and Musa was promoted to vice-captain, reversing the original decision.

He was included in Nigeria’s initial 30-man roster for the 2018 FIFA World Cup in Russia in May 2018. Although he gave an excellent performance against Iceland, it was not even enough to keep the West Africans in the competition as they were defeated by Argentina. Musa scored twice on June 22, 2018, as Nigeria defeated Iceland 2-0 in their second World Cup group encounter. After playing in a friendly match against Zimbabwe in June 2019, he passed Nwankwo Kanu to become the third-most capped player for Nigeria. Gernot Rohr, the team’s head coach, appointed him to the 2019 Africa Cup of Nations squad. He competed for Nigeria in the 2021 African Cup of Nations (AFCON), which was held in Cameroun.

His mother, Sarah Musa (née Moses), a Christian from Edo state in southern Nigeria, was one of many religions represented in the household in which he was born. On his Twitter profile, Musa announced his mother, Sarah Musa, passed away on January 24, 2019. She’d been sick before.

When Musa and his estranged wife Jamila got into an argument in April 2017, the police were called to his house. The couple filed for divorce shortly afterwards due to “irreconcilable differences.” The marriage with his espoused wife produced two children, Halima Musa (daughter) and Ahmed Musa Junior (son). Juliet Ejue and Musa married in Abuja on May 23, 2017, and the marriage is blessed with a child named Ibrahim.