Chidozie Collins Awaziem (born January 1, 1997) is a professional footballer from Nigeria. He plays as a central defender for Croatian club Hajduk Split on loan from Boavista, and the Nigerian national team named Super Eagles. 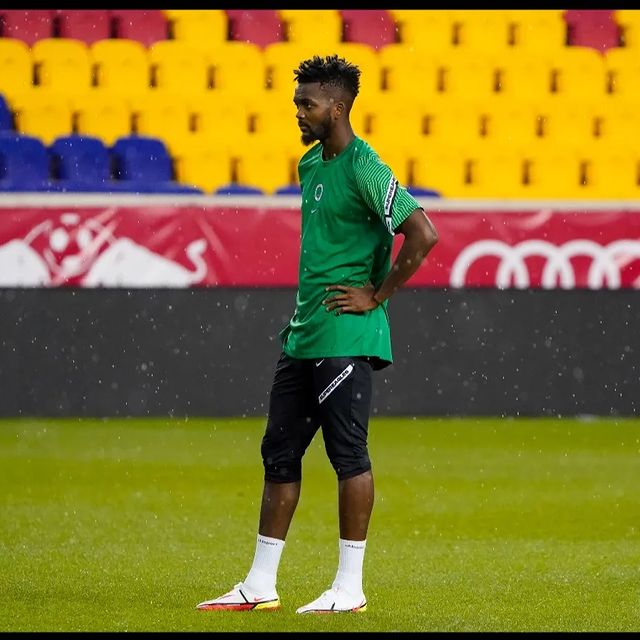 Chidozie Awaziem Biography was born on the 1st of January, 1997, in Enugu State, a State in the southeastern geopolitical zone of Nigeria.

In 2014, Awaziem moved to Portugal to join FC Porto, where he completed his final season as a youngster and won the equivalent league championship. With the Segunda Liga B squad, he made his senior debut.

Awaziem played the full ninety minutes in a 2-0 loss on the road against C.D. Feirense in the Taça da Liga on January 27, 2016, when he was just 19 years old. On February 12, he made his debut in the Primeira Liga, starting once more in a 2-1 victory at S.L. Benfica as a result of a defensive injury crisis.

Awaziem joined Aykur Rizespor in January 2019 on a temporary loan basis through the rest of the season. On 15 August, in the same situation, he moved to CD Leganés.

Awaziem, who is still a Porto property, agreed to a temporary contract with Boavista FC, a Porto-based team, ahead of the 2020–21 season with the requirement of a permanent four–year agreement on June 30, 2021.

On September 8, 2021, after serving as Alanyaspor’s loanee, he returned to the Turkish Süper Lig. Awaziem was loaned to HNK Hajduk Split on August 1 of 2022 with the possibility of a permanent transfer at the conclusion of the campaign.

On May 27 and May 31, 2016, Nigeria called up 19-year-old Awaziem for friendlies against Mali and Luxembourg. On June 1st, 2017, he started his senior debut against Togo in a 3-0 exhibition victory in Paris.

Awaziem was a part of Gernot Rohr’s 23-man team for the 2018 FIFA World Cup in Russia but went unutilized due to the tournament’s group stage elimination. He was also chosen for the 2019 and 2021 Africa Cup of Nations.

According to the analysis made from different sources online, Chidozie Awaziem’s net worth is estimated at around $2 million.

Chidozie Awaziem has verified accounts on both Instagram and Twitter with over 56,000 followers and 10,600 followers respectively. You can follow h through the following social media handles.