Ferdinand Omanyala Omurwa (born 2 January 1996) is a Kenyan sprinter and current African record holder of the fastest man in 100 meters and 8th position in the world. He broke the record on September 18th, 2021 in Nairobi after clocking a time of 9.77. 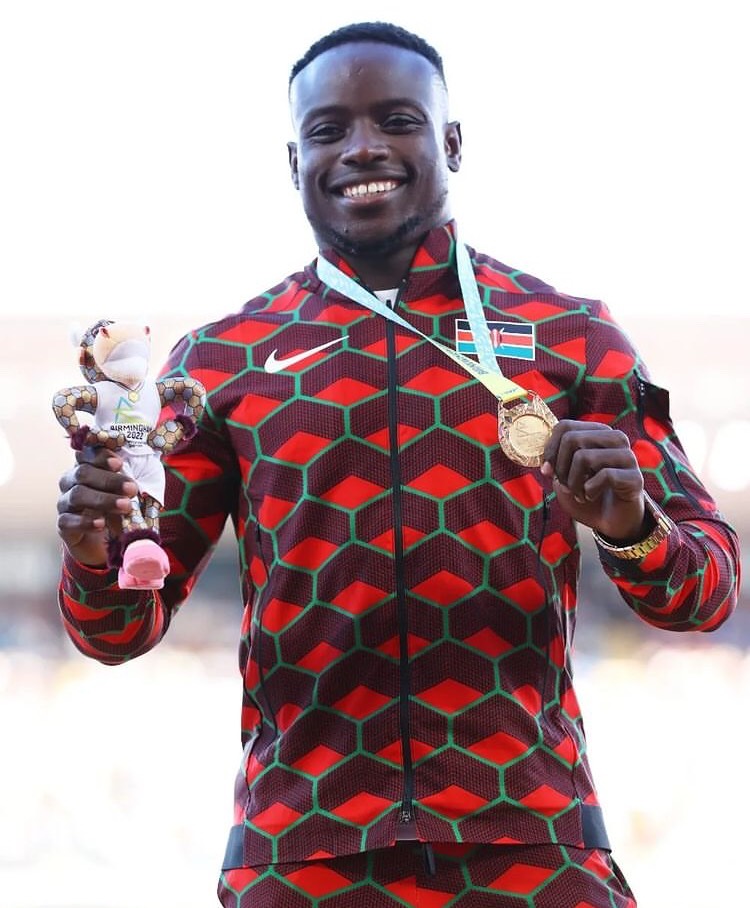 Omanyala Omurwa was born on January 2, 1996 in Hamisi, Kenya. He is the third son of Mr. Dishon and Mrs. Adelaide Omurwa, though the family settled in Tongaren, Kenya. He had his primary and secondary school education at Bungoma before proceeding to the University of Nairobi, where he was studying Chemistry.

Omanyala began his athletics career in 2015 as a chemistry student at the University of Nairobi. He was a rugby player before his friend noticed his speed and made him switch from rugby to track. Omanyala ran a time of 10.4s for the first time in Kakamega.

In the same year, he went for the Olympics and won the national Olympic trials over the 100-meter distance in a time of 10.37 seconds, but he didn’t qualify for the Olympics standard, which was 10.16 seconds at the time.

Omanyala was suspended for 14 months due to a doping offense in 2017. He tested positive for the prohibited substances when he was undergoing treatment for his back injury, which he had during training.

Omanyala was at the Yabatech Sports Complex, Lagos, Nigeria, on March 30, 2021, where he rose to fame after he set a national record of 10.01 seconds in the 100 meters. He set a new national record of 10.00 seconds at the 2020 Summer Games 100-metre semi-final. He was 0.04 behind eventual silver medalist Fred Kerley and 0.02 behind eventual bronze medalist Andre De Grasse.

Omanyala became the first Kenyan to break the 10 seconds barrier after he ran a new personal best of 9.86 seconds in Austria in August.

Omanyala became the first Kenyan to win a gold medal in a 100-meter race at the 2022 Commonwealth Games in Birmingham.

Omanyala Omurwa joined the National Police Service on December 2021 and the service was confirmed on the 3rd of December, 2021 by the Inspector-General of Police, Hilary Mutyambai.

Omurwa got married to Laventa Amutavi, and they were blessed with a son. He is officially sponsored by Odibets, a Kenyan sports betting company.