The road to 2023 has been greeted with various levels of controversy that have welcomed their candidature for their political parties. The two main political parties in Nigeria (APC and PDP) each have famous political figures to fly their party’s flag in the 2023 presidential election.

Nigerians are also engaged in the act of probing their political leaders’ past records in order to elect an individual with good political records in the 2023 presidential election. Some of the discussions are about the political candidate’s past record of corruption cases and allegations, certificate and biodata discrepancies, health issues, and state of origin, among others.

Tinubu was a former governor of Lagos State from 1999 to 2007. He is married to a three-term senator, Oluremi Tinubu. He is mostly regarded as the Governor General of Lagos State by political and economic watchers. They have opined that he has held the state down by its jugular over the years by cornering the resources of the state and also acting like a kingmaker through his act of enthroning and dethroning governors in the state and other southern states for over a decade. Not to forget that he was charged by the Code of Conduct Bureau in 2007 with the allegation of illegally operating 17 foreign accounts.

The APC presidential candidate, Bola Ahmed Tinubu, was charged (along with other defendants) in a case of drug trafficking and money laundering even though he was working for an oil company. Tinubu is said to have been involved in a white heroin trafficking network which operated in Chicago and some parts of Indiana and was led by one Adegboyega Mueez Akande between 1988 and 1993. Tinubu forfeited $466,000.00 in his account to the US government. The U.S. authorities deemed this amount to be proceeds of the drug trade in which the former Lagos governor was involved.

The Federal Government summoned Tinubu before the Code of Conduct Bureau for trial in April 2007, after the general elections but before the governor-elect Babatunde Fashola was sworn into office, over the alleged illegal operation of 16 different offshore accounts.

Misappropriation Of State Funds On Econet

The Economic and Financial Crimes Commission exonerated Tinubu, former Delta State Governor James Ibori, and former Akwa Ibom State Governor Obong Victor Attah in January 2009 of allegations of conspiracy, money laundering, abuse of power, and official corruption in connection with the 2004 sale of V-mobile network shares. There were rumours that Tinubu would be killed in a plan in March 2009. The Inspector General of Police, Mike Okiro, was urged to carry out a comprehensive investigation by the Alliance for Democracy. However, there were rumours that the British Metropolitan Police were looking into a deal in which the Lagos State government invested in Econet in September 2009. (now Airtel). According to Tinubu, there were no middlemen in the transaction, which was simple and advantageous for the state. The Federal Government rejected a request by Britain to release evidence needed for further investigation and prosecution of the three Nigerian ex-governors in a London court.

Use Of Bullion Van During Election

During the 2019 election, a bullion van was seen entering Tinubu’s residence on Bourdillon Road in Ikoyi, with Tinubu claiming “I keep money anywhere I want”. It was reported that the money from the van was used to influence election results and also buy votes from the electorate.

Promotion of Political Godfatherism and Hooliganism

Many people consider Tinubu to be the “Godfather of Lagos.” The Lion of Bourdillon, a 2015 documentary detailing Tinubu’s political and financial hold on the city-state, revealed his role in controlling the massive city-state. The documentary’s airing was halted on March 6, 2015, after Tinubu sued the documentary’s creators, AIT, for libel for 150 billion Naira. However, there have been prior instances of his domineering behaviour toward successors, such as in December 2009, when allegations surfaced that Fashola and Tinubu had a disagreement regarding Fashola’s reelection in 2011, with Tinubu favouring the commissioner for the environment, Muiz Banire. Akinwunmi Ambode, who succeeded Fashola, was driven from office by Tinubu, who replaced him with incumbent Babajide Sanwo-Olu in 2015 after a similar fight over Fashola’s successor pitted Tinubu against him.

The early hours of the 20th of July were greeted with the uproar of people condemning the act of the Bola Ahmed Tinubu Campaign Council for hiring men on the street to disguise as clergymen and bishops in order to give a narration that they have the support of Christian leaders in the country and that their candidacy as a Muslim-Muslim presidential candidate would not go against the interest of the Nigerian Christian populace.

The Christian Association of Nigeria (CAN) has kicked against the choice of a Muslim-Muslim ticket and registered its opposition to the decision of the All Progressives Congress for the 2023 election. Also, Christian leaders in the APC have repeatedly condemned and warned that the same religion ticket would spell doom for the party, following reactions and heavy criticism from Nigerians.

After the pictures of the Vice Presidential candidate surfaced on the internet, the Catholic Church described those fake clergymen as “imposters” and said that the church had no representation at the event. The Christian Association of Nigeria (CAN) released a statement saying those that were present are not its members. After several backlashes, the APC described those clergymen as “upcoming bishops.”
One of the imposters, who identified himself as Joseph Odaudu, said Mr Tinubu’s hirelings broke a mutual agreement to be paid N100,000 for the shady job. Some of them were paid N40,000, while others were paid N30,000 for their appearance. In his words, “They agreed to give me N100,000 when they met us in the parking lot behind Eagle Square.” Soon after the ceremony on Wednesday in Abuja, Mr Odaudu informed The Gazette that “they bought lunch for us and took us to another site where they provided us with clothes to dress like Christian leaders and reverend fathers. ” However, when we were done, they only gave me N40,000, and another individual reported receiving N30,000. Given that they claimed to have N100,000 for us.”

Atiku Abubakar: The Waziri of Adamawa

Atiku Abubakar is a Nigerian politician and businessman who served as Vice President of Nigeria from 1999 to 2007 under the leadership of Olusegun Obasanjo. He contested as Governor of Adamawa State in 1990, 1997, and later, in 1998, being elected before becoming Olusegun Obasanjo’s running mate during the 1999 presidential election and re-elected in 2003. Atiku Abubakar has vied for the position of President of Nigeria five unsuccessful times: in 1993, 2007, 2011, 2015, and 2019, and he is currently the flag bearer for the Peoples Democratic Party in the 2023 general election.

Olusegun Obasanjo, the former president of Nigeria, accused Atiku of being corrupt and said he would never support him in attaining any political position in Nigeria. In his words, “If I support Atiku for anything, God will not forgive me.” If I do not know, yes. But once I know, Atiku can never enjoy my support, “he also added that” I do not have personal grudges with anyone,” Mr Obasanjo said. “If you do not do well for Nigeria, you do not do well for all of us.” He said, “It is not a question of working with or not working with an individual.” If you are working for the good of Nigeria, I am working with you. If you are not working for the good of Nigeria, it does not matter who you are, I am not working with you.

Atiku is regarded to be a perennial political merchant who jumps from one political party to another in order to fulfil his age-long political ambition of being the president of the Federal Republic of Nigeria. He has the “financial war chest” to buy his way through the various spheres.

Former President Obasanjo put Mr Abubakar in charge of the National Council on Privatisation to oversee the sale of federal assets that were not only dysfunctional at the time but were quickly turning into white elephants draining the nation’s resources. Mr Obasanjo trusted Mr Abubakar with important government initiatives. But after a few years in office, Obasanjo began to accuse Abubakar of corruption and eventually established a panel to look into his deputy. His lieutenant was allegedly connected to a wide range of financial wrongdoings by scathing dossiers that anti-graft detectives allegedly produced.

Mr Obasanjo encouraged Nigerian anti-corruption agencies to fully collaborate with their American colleagues when US authorities started looking into the infamous iGate scandal. In the middle of the 2000s, the F.B.I. charged Nigerian and American officials with operating a bribery ring in the selection of a broadband project to increase Internet access in Nigeria.

In particular, Abubakar was accused of receiving payments for his assistance in assisting iGate, an American company, to get the contract. Williams Jefferson, a politician from the United States who was serving in Congress at the time, was recognised as Abubakar’s political ally with whom the Nigerian leader reportedly conspired to inflate the contract and receive illegal payments for seeing it through. It was further reported that the infamous $100,000 cash which investigators found in Jefferson’s refrigerator was intended as part of the bribes to be paid out to Abubakar. However, Abubakar strongly denied having ties to the fraud.

Atiku was implicated in an international bribery scandal along with William Jefferson and one of Atiku’s wives, Jennifer Atiku Abubakar. Following rumours by pundits that Atiku was unable to visit the United States of America in January 2017, the U.S. government released a statement saying it would need the consent of the politician before it could disclose the true state of his immigration status to the United States. Abubakar has publicly claimed that the true reason is that his visa is still being processed. However, in recent times, Atiku, in company with Bukola Saraki, visited the United States on January 17, 2019, with the aid of Brian Ballard.

It is also noted that apart from the conversion of national assets to personal use and other international corruption cases, he was also fingered in the widely publicised Haliburton bribery scandal that was widespread in the Panama papers.

The Kings And The Rooks: Who Would Checkmate?

Those who are familiar with the game of chess would understand what the Kings are and what the Rooks are on the chessboard. In the game of chess, the king is the most important piece in the game! This piece cannot be taken off the board; the aim of the game is to capture your opponent’s king, whilst keeping yours safe. The king moves one square at a time in any direction. While the rooks are powerful pieces that can sweep the board in one move, which is very useful at the end of a game. They move vertically and horizontally as long as there are no other pieces in the way. The end goal is to capture and also checkmate.

It is evident from the few points that I’ve raised that choosing between the two popular political parties for the next election is like choosing between the devil and the deep blue sea. The contest between the Waziri of Adamawa and the Lion of Bourdilon is a contest that would go down memory lane as an election of fantastically corrupt individuals fighting for control of the soul of Nigeria. 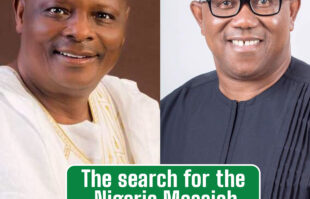 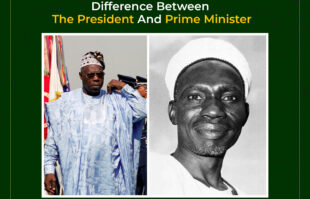 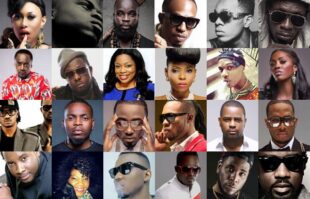 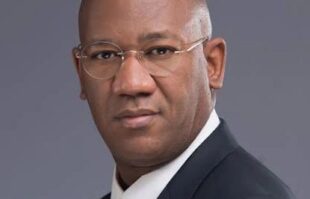 Nice write up bro. More elbow to you

Nice and quiet interesting, but I hope you are not walking alone………… We move

I feel the Nigerian Politics is still the same ball game we have always been used to. The system is corrupt, no doubt. We all know the truth and it’s being rubbed on our face

Let’s see what will play out in 2023. Till then; fingers crossed.