Oluwatobiloba Ayomide Amusan popularly known as Tobi Amusan is a Nigerian track and field athlete who competes in the 100-meter race and sprinting. She won the 2018 Commonwealth and African Champion. She has also won the African Games thrice. In the 100m sprints, she won the Diamond League Trophy in Zurich in 2021. In 2022, during Paris Diamond League, Tobi Amusan broke a record and became third in the world. In this same year, she broke another world record by winning the 100-meter hurdles gold medal at the World Athletics Championships. 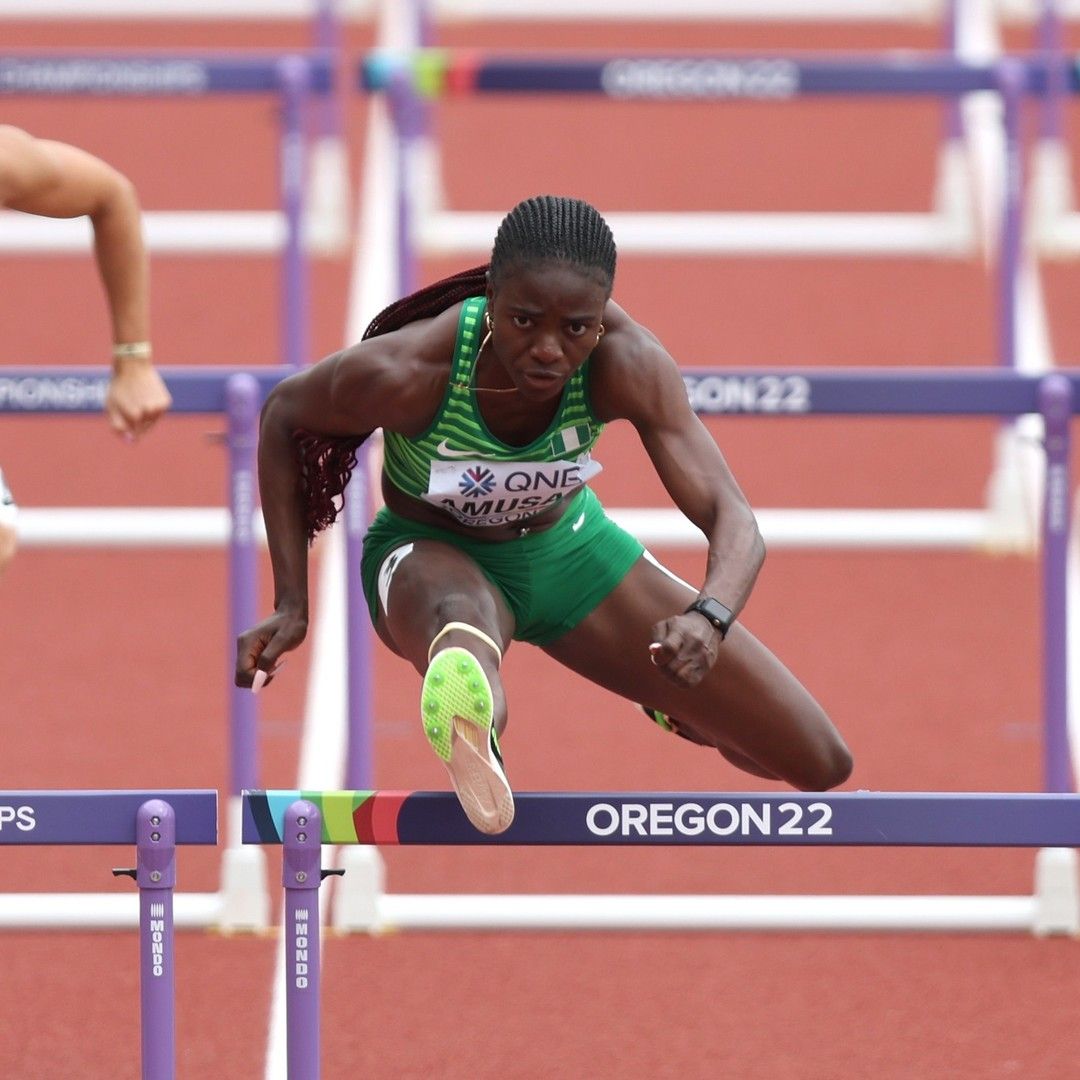 Oluwatobiloba Amusan was born on the 23rd of April, 1997, in Ijebu Ode, situated in Ogun State, Nigeria. She is a famous Nigerian athlete. After she completed her secondary school education, she started her early life as an athlete.

Tobi Amusan has had a lot of athletic potentials since she was a child. At the 2013 African Youth Championships in Warri, she won a silver medal. At the 2015 African Junior Athletics Championships in Addis Ababa, she won gold in the 100-meter race. She also won the gold medal in the 100 meters sprints at the All-Africa Games in 2015.

Tobi Amusan became the second female track athlete from The University of Texas at El Paso (UTEP) to be named C-USA Female Track Athlete of the Year since the university joined C-USA in 2016. She won gold in both the 100-meter sprints and the 200-meter race. At the C-USA Championships, she also won silver in the long jump. At the El Paso UTEP Invitational, Amusan broke the 13-second barrier in the sprints with a time of 12.83 seconds. This broke Kim Turner‘s 33-year-old UTEP 100-meter hurdles record.

In 2017, she set a personal best and UTEP record in the 100-meter race with a time of 12.63 seconds.  She won the C-USA title in her specialty event and finished second in the 200 meters. In the 100-meter race, there was a finish reversal at the 2017 NCAA Outdoor Championships. Amusan won the race in a thrilling finish ahead of Camacho-Quinn, the previous year’s champion. She achieved it in a time of 12.57 seconds, which is a personal best.  Later in the year, she also competed for Nigeria at the World Championships in London.

At the start of her 2018 season, she set another personal best in the 60-meter race with a time of 7.89 seconds. She went on to compete in the 60-meter hurdles final in the Birmingham World Indoor Championships, representing her country.

In the absence of Sally Pearson, Danielle Williams, the 2015 World Champion, appeared to be the favorite to win the Commonwealth Games in Gold Coast, Australia. In the final, however, Amusan surged ahead of her opponents and won by a full meter over Williams. She also earned a bronze medal with her teammates Joy Udo-Gabriel, Blessing Okagbare, and Rosemary Chukwuma in the 4 x 100 m relay.

She set a personal best of 12.48 seconds in the 100 meters race qualifying rounds at the 2019 World Championships in Doha, Qatar, on October 5, 2019. The next day, she tied her personal best in the semi-finals before finishing fourth in the final with a time of 12.49 seconds.

In 2022, she set a new African record in the 100m women’s hurdles with a time of 12.41 seconds. During the Diamond League meet in Paris, France, Amusan beat her own record with her third-best run of the season. Amusan won the Paris Diamond League with a time of 12.41 seconds, moving her up to third in the world behind world leader Jasmine Camacho-Quinn (12.37s) and Alaysha Johnson (12.41s) (12.40s).

Tobi Amusan is one of the richest and most renowned  Athletics in Nigeria. Many online sources have claimed that her net worth is estimated to be $1.5 million.

Tobi Amusan is still in her prime, looking forward to setting records and winning more medals for Nigeria. We wish her success in all her endeavors. You can also drop a wish for her in the comment box below.

wishing the best tobi. I love your discipline and tenacity. Keep looking unto Jesus! cheers!

You will go higher and greater in Jesus name.

Welldone Tobi,
You v done the nation proud despite the spate of insecurity economic instability and senseless killings by the insurgents
Your victory is a constant reminder that there is hope and light at the end of the tunnel
Congratulations

Congratulations Tobi
Greater heights await you.
More wins
I wish you many more Success in all your endeavors
God Did it