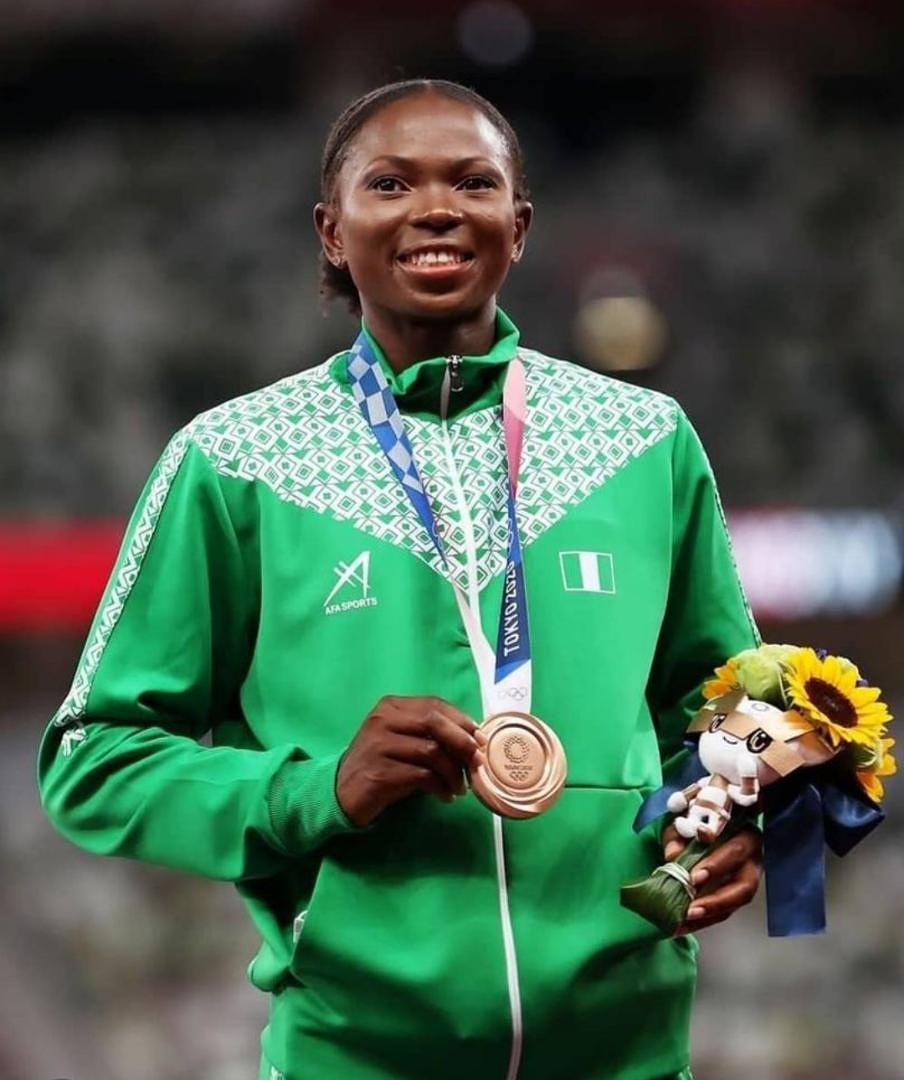 Ese Brume was born on January 20, 1996, in Ughelli, Delta State, Nigeria. She had her primary and secondary education in Delta State, Nigeria before she burst into the athletic scene at the national level at the 2012 Nigerian Athletics Championships with former junior athletes Dakolo Emmanuel and Fabian Edoki. She is an alumna of the prestigious Delta State University before she gained a scholarship from her local government to move abroad to further her education and her career prospects.

At the 2012 Nigerian Athletics Championships, Brume made his national debut alongside previous junior athletes, Dakolo Emmanuel and Fabian Edoki. After clearing more than six metres, she finished sixth in the long jump. She won the 18th National Sports Festival in Lagos as well. She beat out Blessing Okagbare for second place nationwide the following year after recording a personal best leap of 6.53 m (21 ft 5 in). At the 2013 African Junior Athletics Championships, she was one of the most successful athletes: she won the long jump championship, claimed silver in the triple jump, and was a member of Nigeria’s winning 4100-metre relay team. She finished fourth individually in the 100 metres. Brume successfully defended her long jump crown at the next African Junior Athletics Championships in Addis Ababa. She was even more successful this time around, winning the triple jump, the 4 x 100 m relay, and the individual 100 m bronze medal.

She set a personal best in the 100 metres in May 2014, doing it in 11.84 seconds. She then won the Warri Relays with a long jump best and new African junior record of 6.60 m (21 ft 7+34 in). At the Nigerian Championships, she improved to 6.68 m (21 ft 10 + 34 in), winning her first national title. She was selected for the competition at the 2014 World Junior Athletics Championships, but after travelling to Eugene, Oregon the day before the competition, she struggled and finished last in qualifying. The junior women’s relay team from Nigeria also did poorly, losing in the qualifying round.

She represented Nigeria at the 2014 Commonwealth Games just five days later. Blessing Okagbare decided to run in the sprints, leaving only Brume representing Nigeria at the competition. The 18-year-old competed in the long jump at the Commonwealth Games and won the gold medal after clearing 6.56 m (21 feet 6+1/4 in) in the final. The governor of Delta State, Emmanuel Uduaghan, made an investment in the region’s track and field support system, and Brume dedicated her triumph to him. The system also produced Okagbare, who won a Commonwealth sprint double. Brume said she was motivated by the elderly athlete’s accomplishments. Due to her own medal accomplishments, Brume received a study abroad athletic scholarship from the local government.

In June 2016, at the Akure Golden League, Brume set a personal record jump that gave her automatic qualification for the Rio Olympics. Brume then travelled to Durban for the African Athletics Championships. She was the African leader of her event. She was successful in retaining her title from the prior competition.

Brume earned a spot in the long jump final at the Rio Olympics as the third-best athlete in her pool. She entered the competition’s final in sixth place as a result. With a final leap of 6.81 metres, only 2 cm short of her personal record from earlier in the year, she finished the tournament in fifth place.

At the Turkey Koç Fest Universities Sports Games, Brume won two titles for Turkish universities while competing on behalf of Eastern Mediterranean University. In Kingston, Jamaica, for the opening round of the 2018 World Challenge series, she established a meeting record and an African lead of 6.82 m. Up until the Asaba 2018 African Athletics Championships, this jump was the best made by an African athlete. She gained a centimetre of African lean there and won the Senior African Championship for the third time in a row. She then competed for Africa at the Ostrava Continental Cup, finishing in fourth place. In addition, Brume successfully defended her championship at the 19th Nigerian National Sports Festival in Abuja in 2018, setting a new event record of 6.62 metres.

Brume has been chosen as a finalist for the StarQt Award in the category of African Sportswoman of the Year. She is the sole athlete from Nigeria to be recognised in any category. The occasion took place in Johannesburg in October.

On August 29, 2019, she won the long jump event at the African Games. She had just won an African game championship. She increased her personal best to 6.96 metres on July 24 at Erzurum despite a very severe headwind (around 2.1 m/s). She surpassed the 7-meter barrier for the first time in her career in the Turkish Championships in Bursa on August 4 and twice in the competition. She placed second in all of Africa’s history with a leap of 7.05m (+ 0.9m/s). She jumped 6.91 metres on October 6 to take home the bronze medal at the World Championships.

Ese Brume’s life is known to revolve around being a student and also an athlete. She also finds time to have fun with friends and family. She is also known to be a growing content creator on Instagram and TikTok where she creates funny content.

Her net worth is unavailable at the moment of writing this biography.