Back to All Biographies
Musician philanthropy

Oyenike Laoye, better known by her stage name Nikki Laoye, is a celebrated Nigerian recording artist, singer, songwriter, dancer, humanitarian, stage performer, and occasional actress. Laoye is a recording artist who has won numerous honours for her music, including the All African Music Awards (AFRIMA) in 2014 for Best Female Artiste in African Inspirational Music and The Headies Award in 2013 for Best Female Vocal Performance. She is also well known for her remixes of the heartfelt ballad “Only You,” which she did in 2016 with Seyi Shay; the love song Onyeuwaoma, which she did with Banky W; the dance track “1-2-3,” and the 2006 smash song “Never felt this way before.” 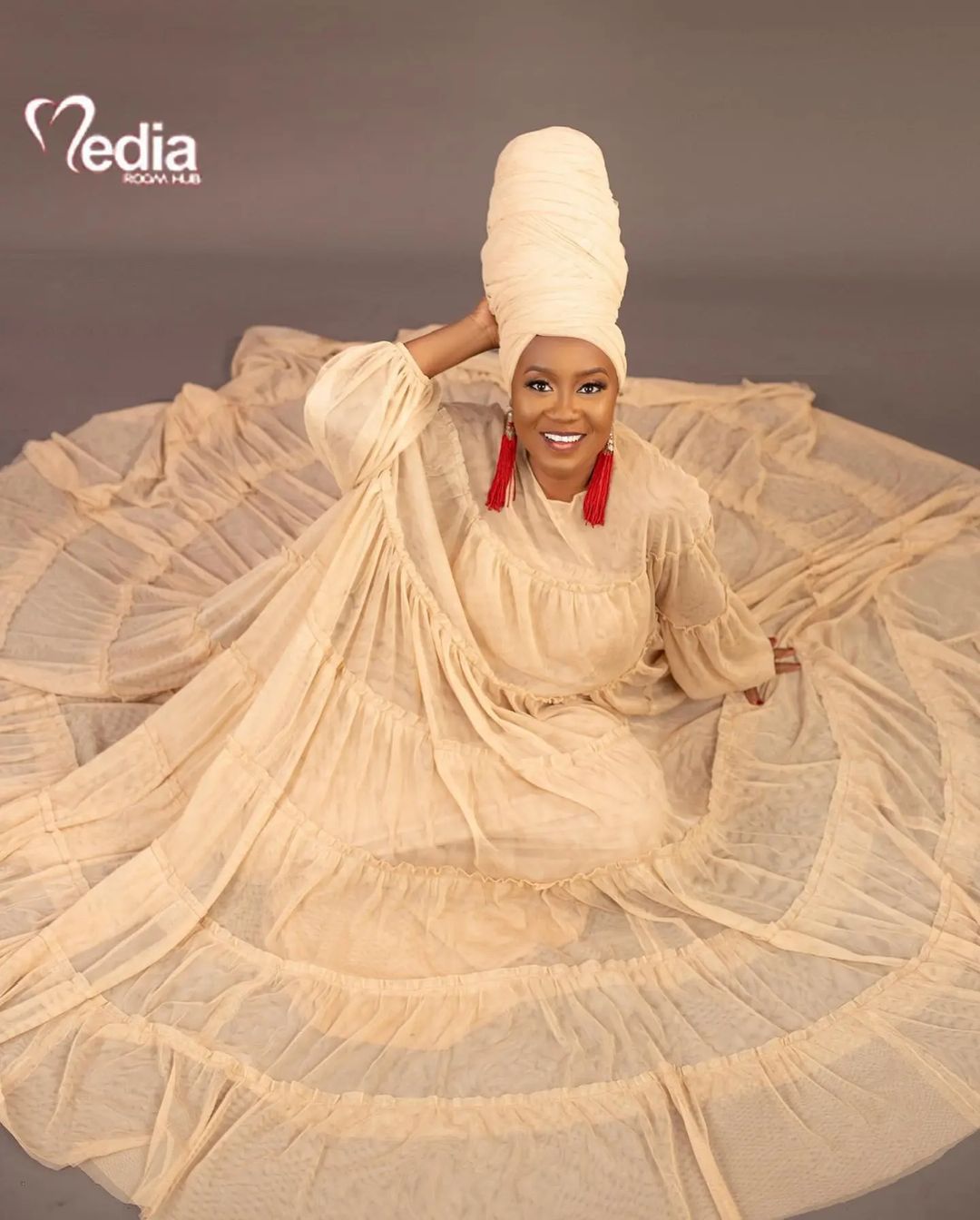 Laoye was born on December 19, 1980, in Lagos State, Nigeria, but has Osun State as a state of origin. She is the only child of Olori Christiana Yetunde Laoye and Prince Olushola Isaac Laoye. Laoye has a mixed heritage because her father, Olushola, is descended from Europeans (Dutch), Ghanaians, and Nigerians. She has three brothers: Femi, Bola, and Ade, who goes by the stage name Xblaze and is a rising young music producer and hip-hop musician in Lagos, Nigeria. At age five, she started taking dancing lessons and singing in choirs.

Laoye began her academic career at the Grace Children’s School in Gbagada, Lagos. She soon became the focus of the attention of her music teacher, who personally offered her free piano lessons at the conclusion of each school day after noticing her musical talent at such a young age. Laoye’s musical talent was further developed while she was a high school student at Federal Government Girl’s College in Sagamu (where she graduated in 1998) and at the University of Ibadan, respectively, where she participated in school choirs and joined groups like Exousia, Soul Alliance, and the girl group trio Soul Sistas.

In 2006, Laoye debuted as a solo artist with the release of “Never Felt This Way Before,” her debut track, which was created by Nigerian music producer Cobhams. Laoye became one of the few modern Christian musicians in the Nigerian music business with broad popularity thanks to the single’s widespread acceptance and broadcast on popular radio stations in the country. Her hip-hop collaboration record, “Taka Sufe,” with Rooftop Mcs and Rap2Sai, which was released, further cemented her appeal to Nigerian youths and gave her brother, Xblaze, who produced the song, a forum for expression. Laoye’s 2013 dance single, “1-2-3,” and the majority of the tracks on her debut album were produced by Xblaze Ade Laoye. He was a principal producer for the West African edition of X-Factor, held in Lagos, Nigeria.

In 2008, Laoye followed up with the release of her debut album, Angel 4 Life, which featured famous Nigerian musicians such as Rooftop Mcs, Blaise, Jeremiah Gyang, and others. It was a collection of modern sounds. The singer quickly came to fame as her singles spent weeks at the top of the Nigerian Chart Show, and she was a prominent figure in the MTV Base Rockumentary program Advance Warning. At the 2009 Experience Concert in Lagos, Nigeria 2009, Laoye performed alongside American and worldwide gospel performers Kirk Franklin, Cece Winans, and Donnie McClurkin in front of 500,000 spectators. Laoye was one of the five female artists on the 2009 Tetmosol Girl Power Tour, which was a national tour across several states of Nigeria. She also performed in the Nigerian-Broadway stage play, OLURONBI, in October 2009.

With the release of the single “Never Felt This Way Before,” the Nigerian music scene was introduced to a brand new urban Christian current vibe. The 2009 Hip Hop World Awards’ Best Vocal Performance (Female) and Hip Hop World Revelation’s “Best New Artist,” the Kora Awards’ “Best Spiritual Artist and Best Arrangement,” the 2009 City People Entertainment Awards‘ “Musician of the Year (Female),” the 2009 Nigerian Entertainment Awards in the US’ “Gospel Artist of the Year,” and the 2009 SoundCity Music Video Awards‘ “Best Female Video”) (Darey Art Alade and Tuface coming 1st and 2nd respectively, out of the 10 performances at the awards).

At The Experience Concert in Lagos in 2009, Laoye performed with Kirk Franklin, CeCe Winans, and Donnie McClurkin in front of 500,000 spectators. Laoye’s music has received praise from critics outside of Africa because she was one of the first three Nigerian musicians to be featured on the American entertainment channel BET in 2009 and because she served as one of the preliminary judges for the Sunday Best Auditions of BET, which were held in Lagos, Nigeria, in December 2009. “BET Spotlight-Nikki Laoye,” a special programme on BET in 2011, featured Laoye’s biography and profession. After taking a break after losing her father in 2011, the singer returned to the music world in 2013.

In June 2013, Laoye received a commission from Nigerian TV producer Mo Abudu’s Ebony Life Television to record her own rendition of the Nigerian National Anthem. The video is well known as the first official music video for the Nigerian anthem. The Presidency’s anthem has been requested to be played at Aso Rock, Abuja, and at other public events ever since its release in June 2013. As of 2013, she had released the singles “No Be Beans” with Yoruba hip-hop artist Base One, “1-2-3” (a dance single), and the ballad “Only You” (a song dedicated to her late father’s memory, produced by Rotimi Keys). For this last single, she was honoured with the Best Vocal Performance (Female) prize at the 2013 Headies Awards in Lagos, Nigeria.

Laoye also contributes her vocal style to radio jingles, including MTN’s “Everywhere You Go” jingle and Fidelity Bank’s “No Greater Feeling,” which featured R&B singer Banky W in the song “0809aija 4 Life” by Etisalat. Major Nollywood films like Bent Arrows, Where the Heart Lies, Mission 2 Nowhere, and the ensemble movie Journey to Self have featured the singer on their film soundtracks.

Laoye has a radio and television show of her own. As of 2013, she runs her own radio programme, Girls Rock with Nikki Laoye, on the Nigerian internet gospel radio station Praiseworld Radio. She formerly presented the TV show The New Breeze Show on Silverbird Entertainment Television in 2005. As one of the hosts for the gospel reality TV competition Stars 4 Christ, Laoye was the featured performer at the Nigerian Corner at the Nottinghill Carnival in August 2013 in the UK, which draws thousands of Nigerians from all across the country. In the same year, Laoye visited London, Manchester, Loughton, and Warrington as part of a church tour of England. Laoye performed with R&B icon Mary J. Blige at the “Sisters with Soul” performance in Lagos, Nigeria, in September 2013. In December 2014, Laoye served as the host of both the 10th Anniversary of the Rhythm Unplugged Concert and the 2014 Headies Awards.

In January 2016, Laoye and American R&B superstar Brian McKnight performed at the Butterscotch Evenings event at the Eko Hotels and Suites in Lagos, Nigeria. Two days before Valentine’s Day, on February 12, 2016, Laoye released the love duet Onyeuwaoma with Nigerian R&B singer Banky W. The song received positive reviews, and the official video was released on April 14, 2016.

Laoye married Alexander Oturu in Lagos, Nigeria, on December 11, 2011. After seven years of marriage, the two divorced, allegedly for irreconcilable disagreements. The pair are not parents to any children. She is, however, married to another musician known as Soul Snatcha.

Laoye established the “Angel 4 Life Foundation” in December 2010, a non-governmental organisation through which she mentors and supports the creative skills development of gifted young people with physical disabilities and also helps manage the music therapy clinic at the Modupe Cole Home for the Physically and Mentally Challenged in Lagos, Nigeria.

The 2012 International White Cane Day was commemorated in October by Laoye’s Angel 4 Life foundation and the Nigeria Association of the Blind (Lagos Chapter, Nigeria). The celebrities Sammie Okposo, Femi Kuti, Tiwa Savage, Dipp, Lamboginny, and Kiki Omeili supported the event, which included a Sing for the Blind unplugged fund-raising concert in the hallways of The Palms Shopping Mall in Lekki.

The charity offered physically challenged youths a full day of excursions and delights across the city of Lagos on December 25 in both 2012 and 2013. The Art in Me project, a youth empowerment programme for creative, physically challenged individuals, is also managed by the charity. At Modupe Cole Home, Yaba, Lagos, Angels 4 Life assisted in the construction of a fully operational music recording studio for Akeem, a producer who is physically challenged. This was made possible by a Guaranty Trust Bank Training School set.

For her activism and support of the social and educational advancement of the physically challenged in Nigeria, Laoye received an honorary 234Giver Award in 2013. The award was given out by 234Give, the nation of Nigeria’s first online fundraising platform, a business committed to enabling people and organisations to raise money for initiatives that benefit and enhance their communities.

In a competitive field that featured vocalists Waje, Niyola, Seyi Shay, and Zaina, Laoye was announced as the winner of the Best Vocal Performance (Female) category on December 26, 2013, at The Headies 2013 Award ceremony in Lagos, Nigeria.

Laoye was introduced as “The Voice for Refugees” by the National Commission for Refugees, Migrants, and Internally Displaced Persons in southwest Nigeria in April 2014. (NCFRMI). She has participated in a number of events hosted by the commission to raise awareness of the struggles faced by refugees and internally displaced people as part of her position as a celebrity voice. She has also performed at several events in support of the cause and donated money to it.

Laoye won the Crystal Award for Best Worship Song for “Only You” on July 20, 2014, at the 2014 Crystal Awards in Lagos, Nigeria. She was also nominated for Artiste of the Year and Best Female Vocalist honours at the ceremony. On August 24, 2014, Laoye won the Female Artiste of the Year award at the 2014 Africa Gospel Music Awards (AGMA), which were held at the Fairfields Hall-Croydon in London, England.  Laoye received the 2015 World Humanitarian Day Humanitarian of the Year Award on August 19 from the World Hope Foundation in recognition of her humanitarian work.