Back to All Biographies
instrumentalists Musician Producing

Cobhams Asuquo (January 6, 1981) is a renowned Nigerian musician, producer, songwriter, businessman, and speechmaker. In 2015, Asuquo, as a songwriter, was privileged to sign on with Sony ATV London. 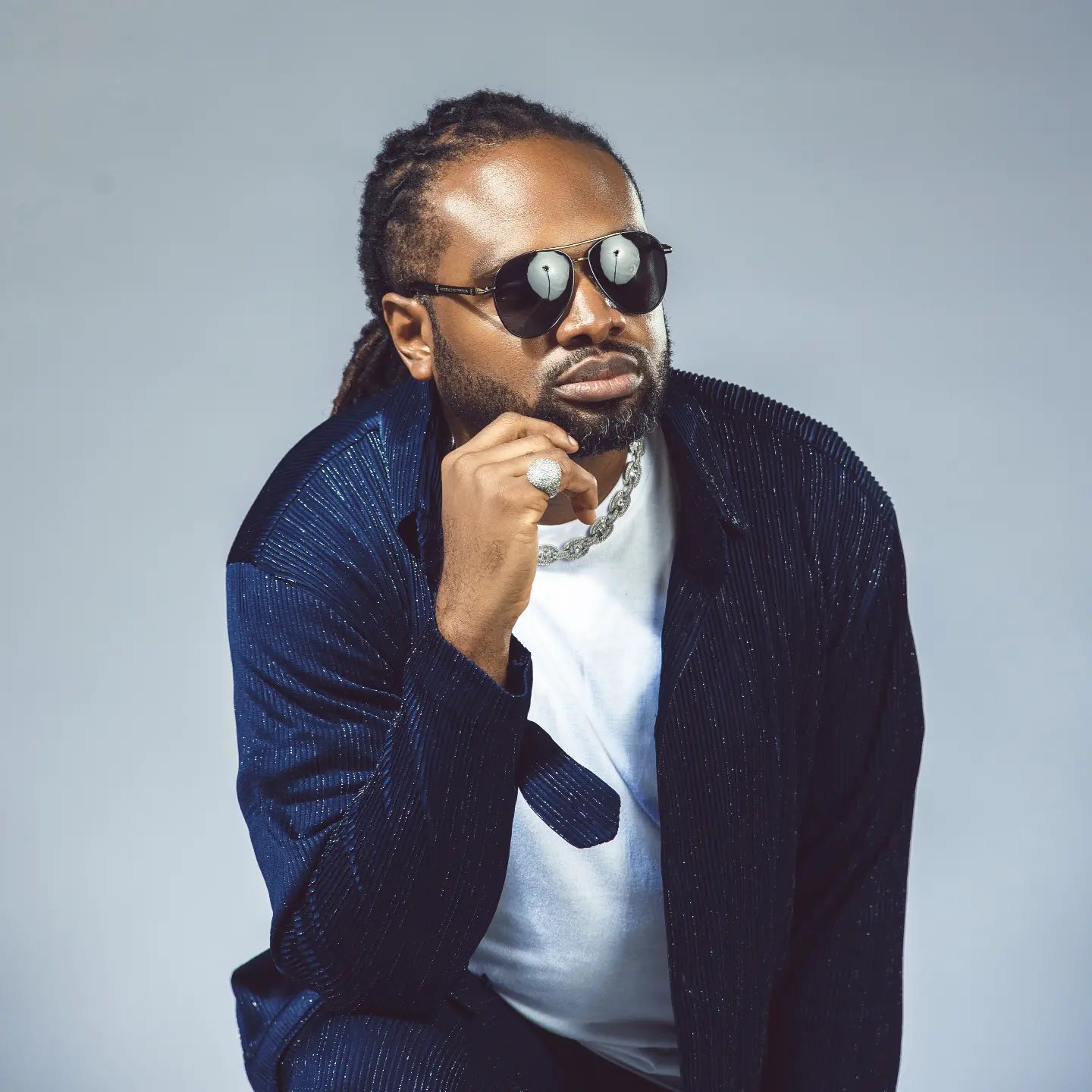 Cobhams Emmanuel Asuquo was born on January 6, 1981, in Jos, Plateau State. He grew up in military cantonments in Jos and Lagos, Nigeria. Asquo was born impaired. After his secondary education, he hoped to become a lawyer and build a career that would eventually lead him to the International Court of Justice at The Hague.

During his primary and secondary days, he joined various debate clubs and always participated in writing competitions, winning both local and state recognition for his gifted talent.

Then he furthered his studies, studying law at the University of Lagos, Nigeria. But as a result of errors made during his admission process, which hindered his entire academic career, he had to drop out of his third-year university. So he made a full commitment to his musical journey.

Asuquo started developing his talent at the age of 6. He was fond of using all such things to make beat sounds he could find within his family’s house. He started by puffing his cheeks and playing the 12 Blues, using dining utensils, and also using his body and paying close attention to the nuance of pitch, tone, and timbre.

At the age of 7, he entertained his neighbours with the song he had composed using whatever object he could use. And also at the age of 10, he participated in positioning music for his school’s band and guided himself in learning the keyboard.

Asuquo, between the ages of 13 and 19, would often pay visits to music studios, finding opportunities for figuring out the thrill of creating music and spending nights in studios, longing to own a studio.

Also during his teens, Asuquo would often lend his voice to background vocals he produced for other artists. And then he came into the limelight in 2007, when he became publicly known by all and sundry as a singer and performer when he featured in a Nigerian campus favourite, Mo Like Jesu Gan by Dekunle Fuji. After that, he appeared in the song’s music video, making his official debut to a genuinely loving Nigerian audience and finally earning some fame. For the gospel duo Rooftop MCs, he produced and dropped a verse on Lagimo in 2008 that quickly became a fan favourite.

On his birthday, January 6, 2018, Asuqauo released a hit that became a quick hit. The following year, the hit became people’s inspiration and was inspired by the Nigerian political scene, featuring Bez and Sound Sultan. In the same year, his single was dropped in September and was approved for its mainstream Nigerian sound.

In 2019, he released a pretty song that was full of gender inequality, women’s rights, and gender-based violence. and was released a few months after We Plenti., and Asquo featured Simi

Asuquo’s international glory came in relation to other Nigerian soul performers, such as ASA’s debut album. The hits “Fire on the Mountain” and “Jailer,” among others, were written or co-written by him. Multiple local (Nigerian) and foreign musicians have collaborated with him.

The Harare International Festival of Arts, the AFA Sponsored French Cultural Centre Concert with Asa and Angelique Kidjo, the AFA Sponsored French Cultural Centre Concert in Johannesburg, South Africa, Nigeria Week in Paris, and the launch of MTV’s 100th channel (MTV Base Africa) in Abuja, Nigeria, are just a few of the international music events he has orchestrated music for and performed with bands. He has written and orchestrated film scores for conservatories, as well as for films and stage productions such as “A Voice for Ella” by Uche Macaulay, “Sunshine” (Alpha Vision), “Bent Arrows” by Isang Awah, and Communication for Change’s “Bayelsan Silhouettes.”

In January 2014, Asuquo performed with other prominent Nigerian artists at the World Economic Forum in Davos, Switzerland. He was interviewed at full length by CNN Africa Voice on December 2011.

A remix of “Strong Girl” by Asuquo was produced once more, but this time Bono was one of the artists. the song “Tell Everyone,” which Asquo co-produced. He was also invited to be a part of the UN Global Goals campaign. African artists including Sautisol (Kenya), Mafikizolo (South Africa), Yemi Alade (Nigeria), and Diamond Platnumz (Tanzania) were featured in the song.

To raise awareness of the UN Global Goals, Asuquo performed live on stage on September 26 at the Global Citizens Festival in New York City’s Central Park alongside a number of other international artists, including Pearl Jam, Beyonce, Common, Coldplay, and Ed Sheeran. Asuquo worked as a producer on the third season of the COKE Studio Africa programme, which was shown in several African nations. The Rhythm Unplugged concert and Hennessy Artistry were produced in 2016 by Asuquo. He also produced the first “One Africa” concert in Houston, Texas. Asuquo assembled with an artiste and a former member of the group Fugees, Wyclef Jean.

Asuquo is married to the love of his life, Ojuola Asuquo Olukanni, a music producer and singer, on the 2nd of December, 2020. The couple is blessed with two sons.

The singles “Fire on the Mountain” and “Jailer,” among others, were written and co-written by Asuquo. Additionally, Asuquo has written songs for notable Nigerian music artists like Banky W and Omawumi.

The Harare International Festival of Arts, the AFA Sponsored French Cultural Center Concert with Asa and Angelique Kidjo, the AFA Sponsored French Cultural Centre Concert in Johannesburg, South Africa, Nigeria Week in Paris, and the launch of MTV’s 100th channel (MTV Base Africa) in Abuja, Nigeria are just a few of the international music events he has orchestrated music for and performed with bands.

He has written and orchestrated film music for conservatories, as well as for films and stage productions, including “A Voice for Ella” by Uche Macaulay, “Sunshine” (Alpha Vision), “Bent Arrows” by Isang Awah, and “Bayelsan Sillhouttes” by Communication For Change.

Asuquo launched a digital radio countdown show in 2016. The Nigerian audience should be listening to the top African and Nigerian tunes, according to Asuquo, who hosts the digital radio show. The Top 12 Countdown With Cobhams Asuquo is the name of the programme.

Asuquo had made approximately up to $ 1 million dollars from his talent.