Abimbola Oladokun, known professionally as Bayanni (formerly Zhenoboy), is a Nigerian singer and songwriter who is on the rise in the Afro-pop genre. When footage of his cover songs went viral on social media in 2021, the singer of African Beauty shot to fame, especially after his unveiling and change of stage name by Marvin Record boss, Don Jazzy, on the 23rd of August 2022. 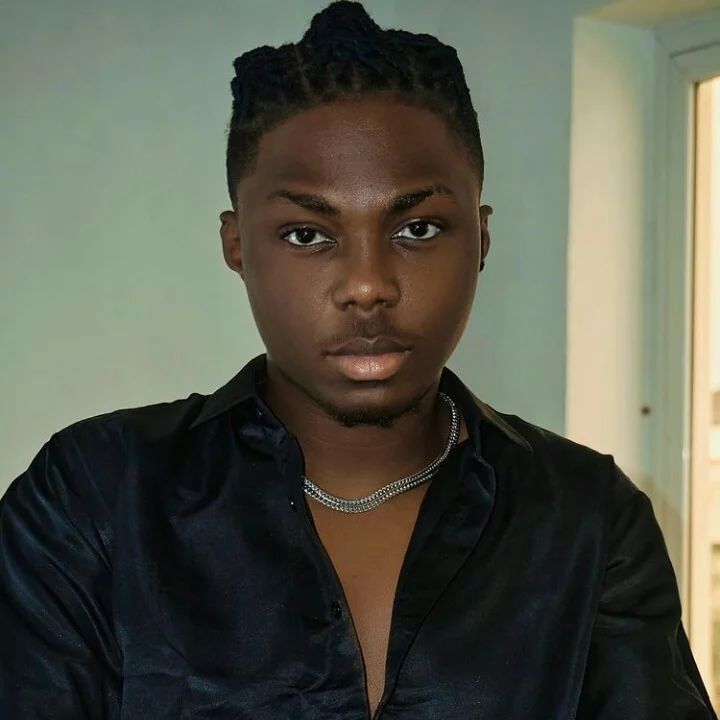 Bayanni was born on June 25, 1997, in Lagos State, Nigeria, where he also grew up with his siblings and family. He noted that he hails from a distinguished family that is well renowned for its moral principles and charitable deeds. He was brought up in the Christian faith by his parents, who made sure he was taught the Bible’s lessons from a young age.

Bayanni adored listening to music as a child, whether it was on the radio, his phone, a cassette player, or the television. By listening to music by African and Western performers, he was introduced to Afrobeats, Hip-Hop, R&B, Fuji, Highlife, Soul, and Pop sounds. Although he had had a musical interest since a young age, he was able to use it in his community church choir. He developed his vocal abilities and started to hone his composition abilities when he was in the choir.

Bayanni chose to focus on pop music rather than gospel music after deciding early on that he wanted to be a professional musician. In the comfort of his parent’s home and his dorm room at school, he started writing Afropop and Afrobeats songs after being influenced by prominent musicians like Davido, Wizkid, Burna Boy, and Olamide. He also visited recording studios close to his institution to record his songs within a few months after significantly improving his composition skills. He immediately developed friendships with numerous sound producers in Lagos and Ile-Ife who were impressed by his musical abilities.

Despite having a demanding schedule as a student, Bayanni nevertheless found time to compose music. He made following his passion his first priority, which helped him succeed. Due to this fact, he quickly rose to fame in the OAU music scene and began to receive requests for collaboration and invitations to play at events hosted at the university. To advance his career, Bayanni started to record covers of well-known songs that he shared on his social media profiles. He recorded and released a version of Ckay’s Felony in April 2021. On October 14, 2021, he made Jowo by Davido his cover song. On October 19, 2021, he released a cover of Peru by Fireboy DML, five days later.

Bayanni released his eagerly anticipated single, called “African Beauty,” on April 12th, 2022. Blaise Beatz produced the song, and Michael Synx was in charge of mixing. Pharouk Damilola Films produced the song’s accompanying music video, which was also made available that day. Since its release, African Beauty has received thousands of streams and downloads. The song is steadily moving up the nation’s Afropop charts. Other tracks by the soulful performer include Duro (with Frescool), BMW, and Ballerina.

After a brief absence from the media, Bayanni was formally introduced as a new member of the Mavins on August 23, 2022. The announcement was accompanied by a brief video clip that included Mr Funny, Don Jazzy, and stand-up comedian Brain Jotter in a laboratory setting. He will be joining artists like Boy Spyce, Ruger, Ladipoe, Ayra Starr, Crayon, Rema, Magixx, and others on the label.

With his deep sound and memorable lyrics, Bayanni, who was formerly said to be a Davido Music Worldwide (DMW) singer, has captivated the hearts of many Nigerians. The Bayanni EP, a 4-track production with an exclusive licence under Mavin Global Holdings, was published soon after he was welcomed into the realm of international music. The Bayanni EP’s project included songs like Body, Family, Ta Ta Ta, Kala, and many others.

The Afropop artist has a dark complexion, and his good looks are loved by his followers. His hair is braided into cornrows and styled in dreadlocks. He is reputed to commute between his music studio, his parent’s home in Lagos, and school.

Bayanni is currently single and hasn’t made any indications that he will soon start a committed relationship.

Despite the fact that he was an independent musician, he has been permanently signed to Marvins Records, and it has been suggested that DMW Records lost out on him after a brief stint with the name Zhenoboy, or may soon sign him to a record deal.

His net worth is currently unavailable due to the fact that he is just kicking off his career.

He has gained a lot of attraction after his announcement by Don jazzy, his Instagram page has grown to over 180k followers.